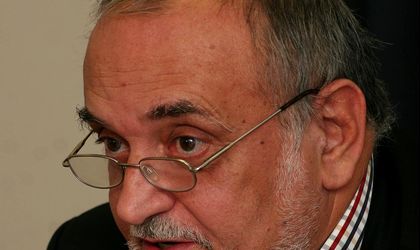 Romanian businessman Dinu Patriciu has been found not guilty of money laundering, stock market manipulation and embezzlement, in the case of the oil company Rompetrol that was started in 2006.

The verdict, issued by the Bucharest Court, is not final and can be appealed. Another 11 persons were cleared in the same case. Prosecuters requested a 20-year prison sentence for Patriciu.

The court rejected the civil claims of the Ministry of Public Finance. The request forwarded by the Directorate for Investigating Organized Crime and Terrorism (DIICOT) for the confiscation of EUR 9.8 million and seizure of assets belonging to Patriciu and other defendants has also been denied.

“I always knew I was innocent so I think it’s normal what happened today”. There may be an appeal, but I believe that taxpayers’ money could be used better,” said Patriciu quoted by Mediafax newswire.

Patriciu ranks first in the 2011 Forbes billionaire list in Romania with an estimated wealth of EUR 2.1 – 2.2 billion. He has investments in media, energy, real-estate, banking and IT&C.

Patriciu was charged in 2006 for seven offenses that included the disclosure of privileged information, money laundering and the set up of a criminal group.

Prosecutors accused the businessman of transferring Rompetrol funds amounting to USD 85 million within companies of the group in order to hide them. This happened between 1999 and 2001, when he was administrator of the oil company. The sum should have been collected to the state budget, but was instead lost through contracts of assignment of receivables, loans and novation within companies of the Rompetrol Group.

Furthermore, Patriciu is accused of manipulating the shares of Rompetrol Rafinare and transferring the illegal revenue to tax heavens or in different accounts in Romania and abroad. He set up a criminal group with two US investors and laundered money from the market manipulation of Rompetrol through the accounts of individuals and firms affiliated to the Group.

In 1998, Patriciu bought Rompetrol , an ailing company with losses of EUR 1.5 million, and turned it into a group that was listed on the Bucharest Stock Exchange. Nine years later, KazMunaiGas bought a 75 percent stake in the group for EUR 1.6 billion.