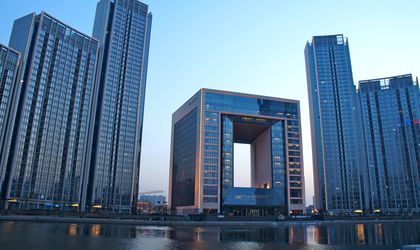 China’s economic growth is one of the global success stories of the last few decades. Although the country’s overall economy is the second largest in the world, having overtaken Japan, its GDP per capita is still low by Western standards. The country’s economy managed to survive the global economic crisis but now faces some difficulties that could ask testing questions of its authorities.

While all eyes are on the Euro zone, might the world be overlooking an even bigger crisis brewing in China? This is both the headline of a recent article published by BBC but also a potential concern for many countries worldwide. It is based on indicators such as the sharp slowdowns in electricity demand, industrial production, factory output and retail sales, which have begun to point to an economic downturn in the Asian country. Over the past few months China has already been suffering from the difficulties that Europe, its biggest export market at present, is currently facing. According to the Investment in the PRO study conducted by KPMG, China was a net exporter to developed countries such as the US, UK, France and the Netherlands in 2010. Two notable exceptions are Germany and Australia, where imports exceeded exports.

A survey conducted by HSBC  and quoted by BBC found that China’s manufacturing sector has been contracting for the last seven months, mainly due to weak export demand. Plus, according also to BBC, total property sales dropped 12 percent in the first four months of 2012 on last year. The number of new construction projects fell 15 percent in April, while purchases of land were down by more than half. The problem is that since the beginning of 2009, China has built 2.3 billion Sq of residential property space and a further 3.2 billion is still under construction. These are the sources of stories about entire new ghost towns that have been built and remain unpopulated.

But despite this, China is still a rapidly growing economy and appears attractive to many investors when most of Europe is in recession. “It was ranked second in the world, after the US, for the amount of FIFA attracted in 2011. There is also still a lot of potential for growth,” says Ori Efraim, partner and head of the China practice for CEE at KPMG. He adds that, recently, Chinese government policy has focused more on stimulating domestic demand, to counter the negative impact of the global downturn on exports.

“This could give an added boost to companies that are aiming to extend their sales and client base in China. Nevertheless, there is a risk of some sectors in the Chinese economy overheating, so it is important for any investor to get expert local advice before proceeding,” adds Efraim. In addition China has introduced a framework of commercial law to encourage foreign investment and the country ranks 79th for “ease of doing business” among 183 countries. This indicates that China is not an easy place to do business, but it is still the top ranked economy among the BRIC countries.

Moreover, China’s consumer market is predicted to benefit from an expanding middle class and rising disposable income, according to the KPMG study. The Economist Intelligence Unit (EIU) reported that private consumption in China will more than double from around USD 2 trillion in 2010 to USD 4.8 trillion in 2015. Researchers from KPMG also emphasized that China had become the second largest economy in 2010, while 61 Chinese companies are ranked in the Global Fortune 500. “China is now the largest potential market for many businesses and services. Costs are highly competitive compared to Europe and it also has a rapidly developing infrastructure which means that the logistics for doing business are improving all the time. Many international companies have made good profits from their business branches/subsidiaries in China,” adds the KPMG representative.

Though of course business success in China is not guaranteed, companies with a robust strategy there and commitment to the market have a good chance of seeing results. For example, the same KPMG study found that Yum Brands Inc, which owns KFC and Pizza Hut, derives around 40 percent of its overall profits from China, Volkswagen sold over 1.8 million vehicles in the country in 2010, representing about 26 percent of its worldwide sales, and Boeing expects Chinese airlines to add 4,330 airplanes, worth USD 480 billion, by 2029. It is also the world’s largest automotive market while some foreign brands such as Volkswagen, General Motors, Hyundai and Toyota are leading players.

“Certainly China’s rapid economic growth has presented a challenge to businesses in other countries, and has put pressure on leading international brands to be more competitive. However, China’s growth should be seen as an opportunity rather than a threat. International brands which are proactive about expanding into the Chinese market should have a lot of chances for development,” says Efraim.

China is, to some extent, a country of contrasts. Although it became the second largest economy in the world and about 50 percent out of a total 1.34 billion population was urban at the end of 2010, China’s GDP per capita is still low compared with Western averages. Plus, according to the KPMG study, the 12th five-year plan identifies seven strategic industries which are expected to benefit from special incentives and funding: energy conservation and environmental protection, next generation IT, biotechnology, high-end equipment manufacturing, new energy, new materials and clean energy vehicles.