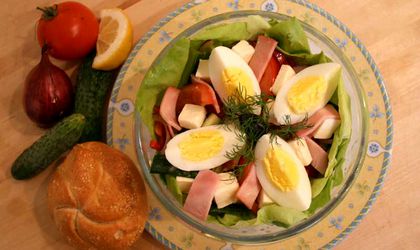 The European Parliament celebrated the elections in a unique way on Facebook: by holding the culinary version of the election. Europeans were invited to select the best food on the continent. The 751 members of the Parliament offered the options for the “Taste of Europe” online contest.

The Bulgarian Salad won by a whopping 14.214 votes, followed by Lithuanian cold beet soup with 2,268 votes and Romanian sarmale with 995 votes.

Clearly, we were robbed.

You can see the rest of the candidates here.