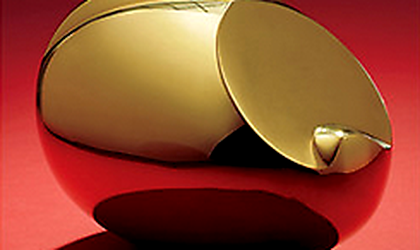 One hundred years after the Romanian-born, Paris-based sculptor Constantin Brancusi burst onto the international art scene at the 1913 Armory Show in New York, Paul Kasmin Gallery is celebrating the artist’s enduring influence and importance with a show that was opened on November 7.

According to the official press release of the exhibition space, The Kasmin gallery’s Brancusi show marks the 100th anniversary of the artist’s American debut at the 1913 Armory Show, the exhibit credited with introducing European modernism to these shores, shocking audiences and changing the direction of American art. It also coincides with the publication of a new book celebrating Mr. Brancusi’s success here.

“By 1913, Brancusi was already 37 years old and a mature sculptor,” said Jérôme Neutres, author of the book, “Brancusi New York 1913-2013,” who also curated the Paul Kasmin gallery exhibition. “In France at that time, he was unknown except to some friends and a few artists. 1913 was the beginning of Brancusi’s success story and the story will go through New York.”

In his signature sculptures, which are carved from wood or marble or cast in bronze or plaster, Mr. Brancusi often started with animal or human subjects, which he reduced to their most essential forms—capturing, say, the movement of a bird in flight with a few simple, graceful contours.

“It was said in France that it was perhaps in a new and foreign country that Brancusi’s art was best suited,” said Mr. Neutres. “It was not made in the U.S.A., but it was made for the U.S.A.”

Indeed, by Mr. Brancusi’s death in 1957, 90% of the art he had sold was believed to reside in American collections. Many contemporary American artists cite Mr. Brancusi as an influence, including Richard Serra and Jeff Koons, whose stainless-steel depiction of a rabbit came to be nicknamed the “Brancusi Bunny.”

On display at Mr. Kasmin’s gallery will be five gleaming bronze sculptures and six photographs taken by Mr. Brancusi of his works, as he wanted collectors to see them. Mr. Neutres said the exhibit highlights pieces he believes convey the artist’s primary themes, including human and animal figures and the origins of the universe.

Among the carvings: an edition of “Mademoiselle Pogany II,” a heavily polished outline of a head.

“He prized polished bronze so much because [he liked] the mirror effect,” Mr. Neutres said. “For Brancusi, art was a mirror and he believed real life could not be seen, except through reflection.”

Due, in part, to the scarcity of Mr. Brancusi’s work—he is believed to have created only about 220 pieces by the time he died—the sculptures are heavily prized by museums and collectors alike. According to Mr. Kasmin, sculptures typically sell for between USD 5 and USD 30 million, while “good” photographs sell for upward of USD 100,000. “Rarity is the word,” he said.

Only some of the works on show will be for sale. “Much of what I’m doing is simply an exhibition of my favorite artist,” said Mr. Kasmin, who formally became the Brancusi estate’s representative earlier this year. His main aim for the show, he said, was to establish his Brancusi expertise.

Those looking to buy art can head down the street to another of Mr. Kasmin’s gallery spaces, where he will hold an exhibition of African art. The gallery said this parallels both Mr. Brancusi’s interest in African culture and the way another dealer displayed Mr. Brancusi’s works in 1914, interspersing his sculptures alongside art from that continent.