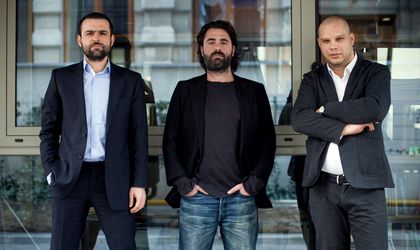 “We have been discussing this merger for some time but 2014 is the year when we have reached the necessary maturity to make such a big step,” says Tudor Daescu, general manager at Daescu Bortun Olteanu.  “Even more, this project managed to convince several of the most important communication specialists to join us,” he added.

Over the past fiscal year, the two agencies posted a cummulated turnover of over RON 6 million.

“I went into business in the second year of faculty, in 1998. (…) I have been working with Tudor Daescu since 1999 and with Bogdan Olteanu since 2005. We know each other very well, we are growing old together. The agency is an organization built first of all around our friendship and around the like-mindedness in which we see communication,” said Andrei Bortun.

“Apart from the communication services, we want to develop our own projects- either talking about publishing or events.(…) The people in the current team are at the basis of the construction of three solid publishing products: The Institute Magazine, Cockgaine and SUB25,” said Bogdan Theodor Olteanu.