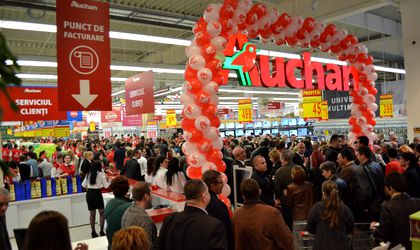 French-held retailer Auchan has reached an agreement to buy 12 hypermarkets and shopping galleries in Romania located in Bucharest, Timisoara and eight other cities throughout the country. The deal is worth about EUR 280 million, according to zf.ro.

In total, the 12 locations cover 200,000 square meters of property which Auchan used to rent for EUR 30 million per year, according to money.ro.

This is the second largest transaction that Auchan has been involved in, after the French group bought the 20 Real stores from the Metro group in 2013.

Auchan estimated in June that it will increase its turnover this year and will improve results posted in the first months, said Frederic Bellon, the retailer’s recently appointed general director.

The retailer has seen the number of customers go up so far but “sales are a bit lower than last” year because of a different business model. “We sell more products to more customers, but at lower prices. However, for the entire year we estimate that the turnover will go up,” said the general director.