“Attack of the drones”: Romania opens up its airspace to unmanned aerial vehicles 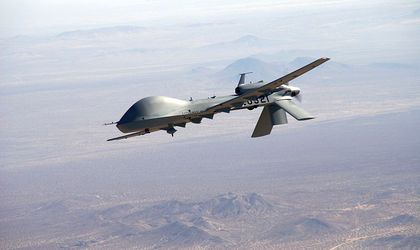 Romanian deputies adopted on Wednesday a law that allows unmanned aerial vehicles, commonly refered to as drones, to operate in national airspace. The law passed with 311 votes “for” and no votes “against”.

The project modifies ordinance 29/1997 regarding the Aerial Civil Code and it was initiated by PNL members George Scutaru, Ion Mocioalca, Mihai Weber and Corneliu Cozmanciuc in 2013. The law already passed through the Lower House of the Parliament.

In the reasoning for the new law, the initiators argue it is a way for national legislation to converge with European regulations on the matter.

The use of UAVs in a military context is well established and documented, but their use is confined to segregated airspace and fall within the jurisdiction of national defense authorities. The use of small UAVs, such as for agricultural, search and rescue or survey operations, is in low airspace and limited. In order to fly in non-segregated airspace commercial UAVs need to meet the same level of airworthiness as manned aircraft and obtain the appropriate certification. In addition, each of the elements and technology that make a UAV “unmanned”, such as the “sense-and-avoid” system, will require its own airworthiness certification, according to a report from lexology.com.

In Europe,  the European Aviation Safety Agency (EASA) is the only body authorized to certify UAVs and certifications are granted on a case-by-case basis under the EASA’s policies.

The Guardian reports that the US currently operates nearly 700 military drones out of a total 807 UAV’s in service world wide. Even so, the Federal Aviation Administration only recently allowed the first commercial use of a drone, on behalf of oil company BP. A small Puma aircraft will be allowed to carry out aerial surveys of the largest oilfield in the US in a sparsely populated area in Alaska.

It is estimated that the industry could be worth billions of dollars with the FAA predicting that as many as 7,500 commercial drones could be in the skies above the US within five years, according to telegraph.co.uk.

Romanian company TeamNet has designed, built and tested in Romania several unmanned aerial vehicles (UAV). Between June 17 and 21 2013, TeamNet’s Hirrus drones  made the first flights with the aim of collecting data for an academic research project. The data will be used for evaluating the flood potential in a hydrologic basin.