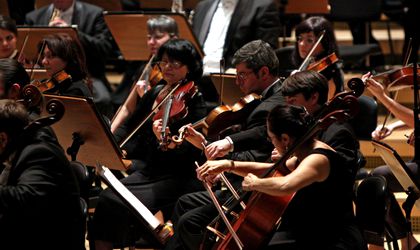 Between September 20th – 27th, 2014, Bucharest will be endowed once again with the enthralling fervour and artistic vigour of a vivid European capital at the 2nd edition of RadiRo – Radio Orchestras International Festival!

For an entire week, at the end of September, the concert hall and the ‘sound podium’ will join together at the RadiRo Festival, a unique musical event in Europe, which will bring in Bucharest 5 radio orchestras, along with internationally renowned soloists and conductors.

The Festival is organized by Radio Romania, and the first edition in 2012 has brought on the Romanian musical stage prestigious symphony ensembles such as BBC Symphony Orchestra, Orchestra Sinfonica Nazionale della RAI and Orchestre Philharmonique de Radio France.

Subscriptions to the most important event of this autumn, RadiRo – International Festival of Radio Orchestras, 2nd edition, can be purchased from June 5th 2014 online, in the bilete.ro network, at all offices of the Romanian Post Company, in the Inmedio stores bearing the bilete.ro logo, in the Germanos shops as well as at the Romanian Radio Hall Box Office. On June 7th individual tickets for the RadiRo concerts will also go on sale.

Read more about the event on the festival’s official website.