Wind farms whip up a storm of interest

CEZ, Enel, Energias de Portugal, E.ON, ButanGas, Verbund and Martifer are all internationally-known companies whose names have been linked to wind energy production. And local entrepreneurs, such as the Muntmark family and Sebastian Ghita, the Asesoft group founder, have also sensed profits in this exciting field. Market specialists are talking about 600-650 MW of installed capacity for this year and double that for 2011, leading to billions of euro in investments. But is the picture so straightforward?

At the beginning of the year investors were reluctant to announce a new wind farm construction, big or small, or even the merest hint of involvement in such a project on the long run, as the crisis bared its fangs. The government was – still is – just reacting to the severe international and national climate, and commentators say it has been taking measures which just exacerbate the fiscal and political instability, making the business environment even more unpredictable.

Yet, in the second half of the year private companies took courage and started to pull their heads out of the sand and move forward with wind farm projects that had hitherto existed just on paper. The most recent announcement was made last week by Italian energy producer Enel. Through Enel Green Power, the company has started works on the Agighiol wind power plant, near the town of Tulcea. 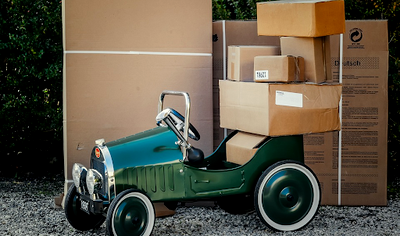 The wind farm – which will include 17 wind turbines with a capacity of 2 MW each – will have an annual production of about 100 million KW, and will be able to meet the electricity needs of more than 35,000 households. At an average cost of EUR 1.5-1.8 million per MW of installed power, Enel’s investment could reach about EUR 60 million.

“This is the beginning of Enel Green Power’s electricity production in Romania. We have a substantial list of projects under construction and will significantly increase our presence in the country over the next two years,” said Francesco Starace, the firm’s CEO.

According to Transelectrica information, the top ten wind energy projects on the market have a combined total of 1,741 MW of installed capacity. But according to officials from the Romanian Wind Energy Association (RWEA), by the end of the year just 600-650 MW, worth EUR 1 billion, is likely to be installed in local wind farms. “We estimate that by the end of next year some 1,300 MW of wind farms will have been installed,” said Dana Duica, the executive manager of RWEA.

ButanGas Romania has also announced that it will have a wind farm of 25 MW in Constanta County functional at the beginning of next year, following a EUR 44 million investment. And Vestas has said that it will install at least 143 wind turbines with a 429 MW capacity this year and in 2011, at a cost of EUR 700 million, at Energias de Portugal’s wind farm project in Constanta.

The profits are blowing in the wind

Local players are also getting on board. Emanuel Muntmark inked a new transaction involving wind farm projects at the end of last month. The Romanian-Swedish businessman, whose name has been linked with major windmill projects sold to CEZ, Petrom and ButanGas, has sold a 50 MW wind farm to Danish company Global Wind Power. Market sources, quoted by media reports, put the value of the transaction between EUR 7-9 million. The Muntmark family has big plans considering its demand for premises for 664 MW wind turbines – close to a nuclear power reactor at Cernavoda – in Vulturu, Crucea and Pantelimonu, Constanta County. Given the average price per 1 MW of wind energy, the total investment for the projects initiated by the family could reach EUR 1.1 billion.

Meanwhile, businessman Sebastian Ghita, the founder of the Asesoft group – which controls IT&C retailers eMag and Flanco – is developing along with other investors a 70 MW wind farm project in Galati County. According to Transelectrica information, the project has already received a permit to connect to the grid.

So far, so dynamic. But wind energy projects are not all milk and honey. Renewable energy investments are expected to hike the electricity price, which could rise by up to 30 percent from the current level by 2017. Energy specialists say that this price surge could increase the cost of Romanian-made products. Another consequence could be that expensive energy generators are taken out of the game.

The gaps in legislation and energy transportation infrastructure are issues which are cooling investor’s enthusiasm. According to Transelectrica estimations, the necessary investments in the grid for the wind farms alone reach EUR 250 million.

“From the financial point of view we do not have a good situation. The current lending conditions are very difficult and we can afford to cover only some of the necessary investments. Currently, Transelectrica can connect some 3,000 MW to the grid. There will probably be delays due to the financing issues of the energy transport operator,” said Dan Preotescu, network development manager at Transelectrica, at a Business Review event.

It remains to be seen if the Romanian authorities will find solutions to attract foreign investments or blow hot and cold over this revenue generator as they have done with others.

The total installed capacity of the top ten windmill projects reaches some 1741 MW, more than the capacity of nuclear units one and two in Cernavoda Power Plant

*The list presents information from the first nine months of 2010.