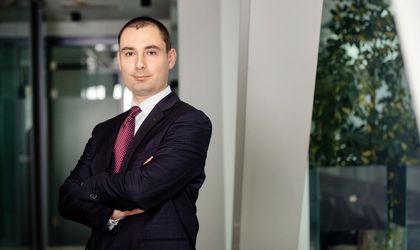 The current geopolitical framework forced European countries to redefine their energy relationships and initiate quick steps to become energy independent. For the last ten years, Europe relied heavily on Russian oil & gas, particularly countries such as Germany or Italy, yet this is bound to change. After the conflict between Russia and Ukraine emerged, political discourse has been focused on how Europe must immediately cut off gas imports from Russia and turn to other sources. Therefore, Europe needs to find a quick solution to achieve energy independence, but the road towards this goal is filled with both challenges and opportunities.

Risks emerged in the present context

The current geopolitical status opened doors to opportunities, but the short-term solutions could represent steps back in terms of achieving decarbonization and sustainable development. Thus, several countries took into consideration the reopening of coal mines or increasing their production capacities, despite commitments to reduce GHG emissions. Due to the energy security fears, CE Oltenia is is set to increase its production capacity for 2022. Nevertheless, since the beginning of the year, CE Oltenia has submitted projects from the Modernization Fund worth of 895 million to develop electricity generation capacities, including for renewable projects.

Moreover, the risks generated by the current conflict are amplified by the delayed use of transition fuel from the Black Sea. The Neptun Deep project is currently on hold, waiting for the modifications on the offshore law.  So far, the project for offshore law modifications was submitted in April to the Parliament, being backed by the governing coalition. In the best-case scenario, Romania could begin to extract natural gas from the Black Sea in 2026. Until then, the lack of investments in natural gas production will increase dependence on imports and consequently impact the country’s path towards energy independence. 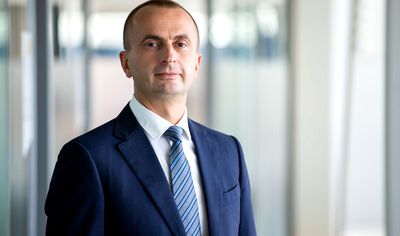 While Europe focuses on implementing long-term measures to gain energy independence, in the short-term the prices will remain high and volatile causing inflationary pressures and other economic side effects. Since we are witnessing in many states a rapid growth of fuel & energy prices, governments will play a huge role in protecting consumers and accelerate the transition towards a more green and independent energy market.

Important opportunities to be explored in redefining the European energy sector

The biggest opportunity is the acceleration of the transition to clean energy and increasing renewable electricity generation will bring expectations such as reducing both fossil fuel use and power market prices. To achieve these goals, the national governments and the European Union should focus on financing renewable energy, energy efficiency and new technologies. 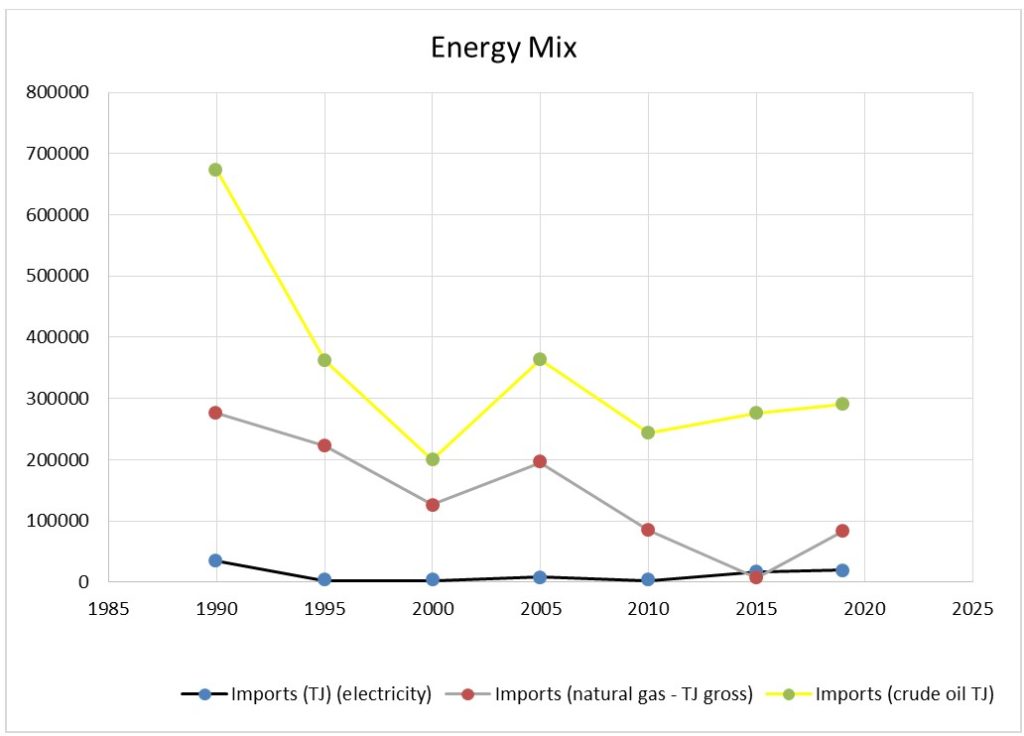 Within the present political and economic situation, Romania finds itself in a unique position, having the Black Sea as a major perk, which can speed up the switching process to renewable energy. The Black Sea has massive potential for generating wind power – according to a study released by the World Bank, Romania can set up wind farms with a capacity of up to 72.000 MW.

Hydropower also plays a very important role in Romania’s energy mix, representing around 30% of national electricity generation mix. In the long-term, modernizing existing power plants would ensure a constant share of production coming from a renewable source. Given that an important part of the hydropower generation assets is approaching the end of the first lifecycle, a complex refurbishment program needs to be implemented in order for hydropower to remain a central pillar for national electricity generation.

Nuclear power has received increased attention in light of EU’s green taxonomy, being labeled as sustainable energy by the European Comission. Whether this is an intermediate step of the green transition or nor, nuclear is definitely on Romania’s agenda. Considering Nuclearelectrica constantly has a share of nearly 20% in the electricity generation mix, the refurbishment of Cernavoda NPP Unit 1 by 2030, as well as the construction of future nuclear Units 3 and 4 show that nuclear still represents a solid opportunity in diversifying and possibly reaching energy independence.

Moreover, the construction of a small modular nuclear reactor (SMR) in Romania set to be finalized by 2030 is proof of the fact that nuclear is here to stay within the national power system.

At the European level, electricity network connectivity is an important topic, with precise goals: a target of at least 15% interconnectivity by 2030. For Romania, the goal is set to at least 15.4%. Through the measures and policies defined in order to develop the electricity infrastructure, Romania can play a major role in European architecture by developing smart grids, becoming an important facilitator. Smart metering represents an important measure, with a lot of potential in terms of achieving a higher level of energy efficiency, as a starting point for the digitalization strategy, benefiting the entire energy ecosystem.

Towards the road to a green Europe, the last instance solution that received attention in recent years and became more relevant within the current situation is the creation of green hydrogen power plants.

On the hydrogen topic, studies based on the Fit for 55 package proposals regarding the use of clean hydrogen in industry and transport show that between 1.470 MW and 2.350 MW of electrolyser capacity will need to be installed in Romania by 2030. When factoring in the additionality principle, this will require between 3 GW and 4.5 GW of new renewables to be installed beside the capacities included in the current National Energy and Climate Plan.

Last, not least, well-established electricity storage solutions such as batteries will also represent an important pillar for ensuring grid stability in the context of the energy transition. 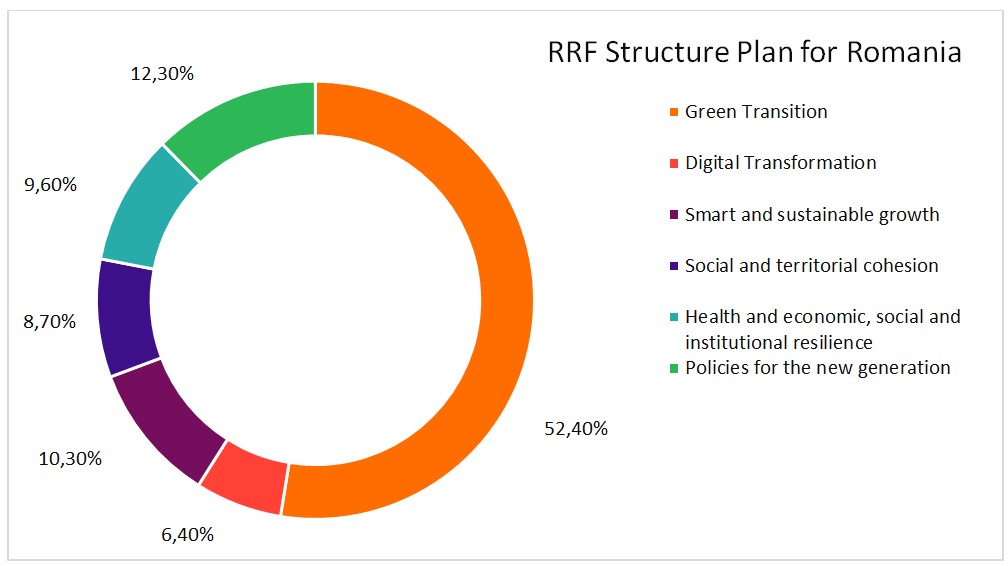 In light of the current conflict in the region, EU has launched RepowerEU, a new program that emphasizes the need for action for more affordable, secure and sustainable energy. Urgent action on inflationary tendencies, gas storage for securing next winter’s consumption and immediate measures to cut dependence on Russian gas, such as speeding up renewables permits or increasing solar panls, heat pumps and energy savings are among some of the actions considered within this new energy framework.

This is of course backed up by the Green Deal agenda, as well as the EU funds available for the green transition, including RRF, which included 1.62 billion euros allocated under the Energy component, for investments in wind and solar energy production and storage capacities, green hydrogen production capacities, cogeneration, investments in the entire value chain of photovoltaic batteries, cells and panels, but also to ensure energy efficiency in the industrial sector.

EY Romania has developed the EY Energy FiT (“Financing Transition”) platform given the strategic importance of investments in the energy sector and the diversity and complexity of programs that will provide financing for this area. EY Energy FiT is a comprehensive online platform that aims to help local companies identify EU financing opportunities for their energy-related projects.

Taking into consideration the on-going urge of development in the energy sector, EY Romania believes that all investors should benefit from access to the best guidance and information and offers a non-complex approach on how companies can benefit from EU Funds and learn more about the importance of Energy Transitioning. The solution is oriented towards organisations who are looking to turn their projects for GHG emissions reduction, renewable energy or energy efficiency into reality.