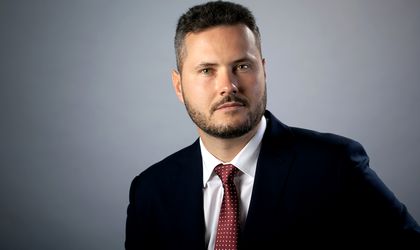 Restart Energy, one of the largest independent suppliers of electricity and natural gas on the local market, lists its convertible green bonds tomorrow, April 21st, at The Bucharest Stock Exchange. This step is part of the company’s strategy to supply 100% renewable energy in the next five years.

The access to financing and the visibility offered by BVB by listing the green bonds will help Restart Energy in finalizing the 500 MW green energy projects that Restart Energy wants to develop in the next five years in Romania and neighboring countries. This plan requires funding worth 500 million euros.

“We believe that the Romanian capital market has reached a maturity that allows it to be a credible alternative for financing the development of local companies. The listing of the bonds does not bring for REO only access to capital, but offers the company local and regional visibility for potential investors, clients, and partners”, says Armand Domuța, CEO and founder of Restart Energy.

The issue of green bonds convertible into shares has a total value of 16,361,200 lei, maturing in 2026, and a fixed annual interest rate of 9%, payable semi-annually. The bonds will be convertible into shares starting in the fourth year, under the conditions set out in the Listing Memorandum, which will be available on the website of BVB, Restart Energy, and the authorized consultant – Goldring. Goldring is the company that brokered the private placement of REO26 bonds concluded in advance on February 3rd, 2021. 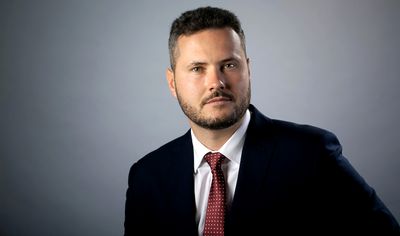 Due to the liberalization of the market, Restart Energy attracted 10,000 customers in the first three months of the year, 40% more than the management’s expectations. Most new customers are individuals.

For Serbia – the market in which Restart Energy has been active since 2018 – the management plans for the energy supplier are to reach a turnover of four to five million euros, compared to 2.25 million euros in 2020. Last year, turnover in Serbia was six times higher than in 2019. Restart Energy Serbia has 160 business clients and three employees.

The company’s management hopes that in the first half of the year it will complete the acquisition of ten operational photovoltaic projects with a capacity of 30 MW installed. The investment in the purchase of the ten parks is around 30 million euros. This new transaction comes after Restart Energy bought a 45 MW photovoltaic park ready to build in Sărmășag (Sălaj) in February.

Restart Energy currently has 92 employees. The Sărmășag Park will create approximately 115 jobs (15 permanent and 100 temporary, during the construction period), while the parks that could enter the Restart Energy portfolio in the coming months will mean hiring ten people.

The purchased parks will produce 36,000 MWh/year, enough to supply approximately 20,000 household consumers with 100% green energy. They will also help avoid 270,000 tons of CO2 from the atmosphere over the next ten years.

In February of this year, Restart attracted 16.3 million lei due to its first bond issue dedicated to developing and acquiring renewable energy production assets.

Restart Energy aims to develop and integrate the company’s upstream segment with 500 MW renewable energy projects by the end of 2025. The company plans to buy or develop 100 MW projects in each of the next five years. The projects mean investments estimated at 100 million dollars annually and target the fields of solar, wind, biogas, biomass, and geothermal energy.

in January, Restart Energy announced a joint venture with the American consulting and fund management company Interlink Capital Strategies. In this partnership, Interlink acts as a strategic advisor for financing the 500 MW green energy projects that Restart Energy wants to develop over the next five years.

Restart Energy implements a photovoltaic project worth over EUR 1 million for Florea...

Restart Energy Innovative Technologies AG is launching the first sustainable STO on the...