BR’s Energy in Focus: Daniel Apostol (FPPG): “The imbalance on the gas market is caused by the double standards applied by the Romanian state” 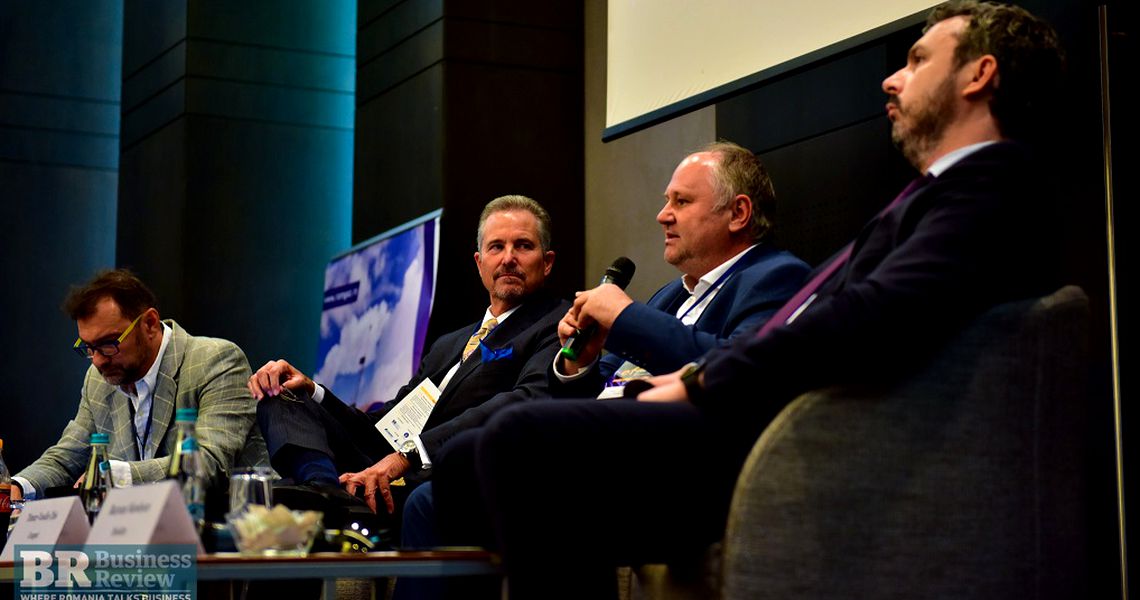 After years of robust growth for Romania’s energy sector, businesses in the industry are facing major challenges in 2019, mainly because of the substantial regulatory changes introduced recently, including a 2 percent tax on turnover, a cap on gas prices, and more. Industry leaders, professional organisations and members of regulatory institutions met at Business Review’s Energy in Focus conference to talk about the first effects the recent legislative changes have had on local businesses, on investment & business plans, on market structure and on the future of the Romanian energy sector.

The discussion in the second panel of the conference was centered on the Oil & Gas component of Romania’s energy industry, with speakers debating the effects emergency ordinance 114 has had since it was passed at the beginning of the year, how the industry should be regulated in order to be more efficient and productive, and why Romania has experienced an increase in gas imports in the recent period.

Daniel Apostol, External Affairs Director at the Oil & Gas Employers’ Federation (FPPG), argued that the most important question related to the oil and gas industry in Romania is “why are there dark clouds over the industry”?

“The market is heading towards liberalization, but it’s not yet functional. In order to reach a balance, it doesn’t need over-regulation. OUG 114 was said to be aimed to protect vulnerable consumers, but with beneficial effects for a large number of consumers. Well, the protection that was promised did not come as a result of the ordinance,” Apostol explained.

He added that a fair balance on the gas market is achieved through equality between producers, consumers and the state.

“Imbalance on the gas market comes from the double standards applied by the Romanian state. On the one hand, it reports royalties and taxes at a price that isn’t set in Romania, but in other areas, but imposes a sale price which is different to the one it uses to calculate taxes,” he argued.

Apostol added that although the state has capped production prices for companies claiming that it is doing so to protect consumers, the fact is that consumers are paying the same prices. “In the six months since OUG 114 was passed, we’ve been seeing higher imports and benefits for suppliers,” he said.

He also questioned the meaning of the term “vulnerable consumers”.

“In practice, half of the country is seen as vulnerable consumers, which is not right. In order to help them, we shouldn’t have financial help, but consumption efficiency. Let’s not forget that only 30 percent of consumers in Romania are connected to the natural gas supply, mostly in urban areas. The rest use coal and wood, and the prices for these are growing,” he explained.

Apostol also briefly presented the conclusions of a study that analysed the effects of OUG 114.

“Experts concluded that distortions were caused for the market as well as for consumers. With producers having a capped price, production itself was capped and imports obviously increased. If the legislation were amended, the dark clouds would disappear in 18 months, meaning very quickly,” he said. “Starting this year, we’ve worked with the people exploring the Siriu area, we’ve been exporting oil to Serbia and we also hope to work with Romgaz or whomever needs transport. The costs of transport are quite easy to predict,” he said.

Chis added that the oil & gas industry will continue to have an important role in the following decades.

“Eight years ago, when I went into the academic field, people were talking about moving to exclusively electric cars. I told my students about the fact that in the 80s, we were told that we only had enough oil left for another 15-20 years, but here we are in 2020 and we still have oil.

Mark Wagley, member of the managing committee of the Romanian Petroleum Exploration and Production Companies Association (ROPEPCA), said that ROPEPCA, which represents onshore and offshore companies, has been waiting for a petroleum law since 2009-2010, in order to support investments in new areas. “If I were a government advisor, I’d tell authorities that in the last 4-5 years the government has not been favorable to investors. It was a period of many legislative changes, which had negative effects on the industry, and that needs to change,” Wagley said.

He pointed out that Romania must learn to better use its natural resources: “God blessed Romania with a lot of resources, you just have to create a framework to use them.”

Wagley also addressed the issues that resulted from emergency ordinance 114.

“There was zero communication with the industry about OUG 114, we had no idea about what was coming. Deloitte accurately predicted that households would not be protected by the law, as well as that funds for investments would be considerably reduced, and we saw that, with numbers dropping to zero for some companies. The industry was not consulted at all about the law,” he explained.

He added that the industry is high-risk by nature, and that it’s not unusual to take risks in order to do business. “But when a government changes the law and the reward is not as high as the risk, we have a problem. Remember: capital has wheels. Don’t kill the goose that makes the golden eggs,” he warned.

Razvan Nicolescu, Partner at Deloitte Romania, who moderated the panel, added that Romania was doing much better than its neighbours in terms of its energy system, including renewable sources, which account for about 25 percent of the country’s consumption, compared to only 14 percent in Hungary. “This is the result of a huge effort, of course, about EUR 20 billion’s worth of support, which was paid by consumers.”

“Romania will most likely commit to a deadline to close down its coal production. We’ll be seeing a competition between renewable energy and natural gas to cover the consumption need left open by coal, to which nuclear production will also be added,” Nicolescu said.