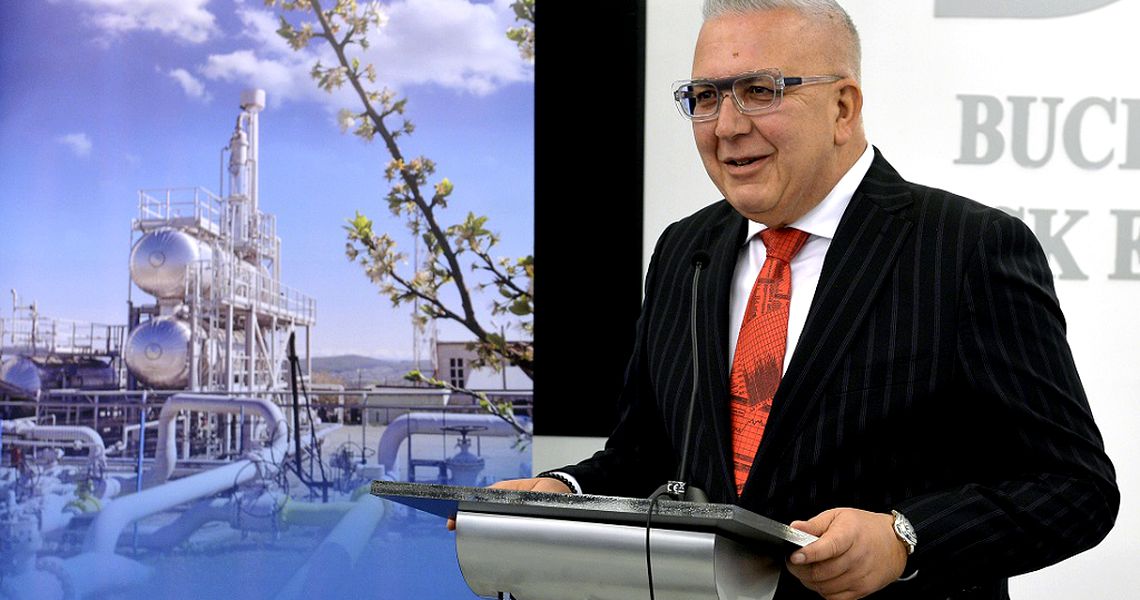 Romgaz, one of the most profitable state-owned companies in Romania, is in talks with two large players about exploration and exploitation projects in Black Sea offshore gas, the company’s CEO, Constantin Volintiru, told Business Review in an interview.

What are Romgaz’s main objectives for the coming years?

Romgaz has expanded its development strategy for the next few years, with the main priorities being to develop its base activity of exploration and production, to harness the production of natural gas and electricity, develop storage activity and expand its business in the region.

What investments has Romgaz planned for this year and the following years and in which main areas will they be made?

Completing the investment in Iernut is our main priority! The new thermoelectric plant has reached a completion status of 74 percent for civil and industrial works and 60 percent for electrical works. The site is constantly inspected by our company’s representatives in order to expedite works.

The investment in Romgaz’s new 430 MW plant is worth EUR 269 million, excluding VAT, which makes it the most important investment in the energy sector in over ten years.

At the same time, we want to begin works on the Mintia thermal plant, which I want to remind you is also included in Romania’s Energy Strategy. In fact, the Mintia project mirrors the one in Iernut, as we envision installed power of 400-500 MW and an investment of about EUR 300 million.

Both Mintia and Iernut have the main purpose of balancing the National Energy System (SEN), acting on the side of system services, when the situation requires it. Last but not least, we are planning to acquire green energy production facilities.

Our overall plan is to turn Romgaz into an integrated company.

Is Romgaz planning to get more involved in the exploration and exploitation of offshore gas in Romania’s exclusive economic area in the Black Sea?

We certainly want to be more involved in the exploration and exploitation of Black Sea offshore gas. We want to develop our existing partnership with Lukoil, as well as identify other opportunities to invest in offshore blocks, and for this we’re already in talks with two other large companies.

In any case, we want to increase our stake in the Black Sea, less by increasing our participation in the Lukoil association, and more by identifying new partnerships where Romgaz will have a larger stake than it does at the moment (12.2 percent).

Romgaz has made steps to expand outside Romania, but currently doesn’t have a significant presence in any other country. Is there still a plan to expand activity abroad – either through investments or through takeovers of foreign companies?

Yes, we still intend to develop our business on a regional level and we’re looking for opportunities where we can use our experience in the production, storage and supply of natural gas. The current regional context and the existing technical and innovative development make us a good candidate to become a partner in the exploitation of these technologies: Natural Compressed Gas (GNC), Liquefied Natural Gas (LNG) and power to gas.

To be more precise, I’d like to go into detail about what power to gas means as a new and innovative technology.

For rigs where deposits are low and that should be closed down because they’re no longer cost-effective, we can install generators that are capable of transforming the gas into electricity, as they are able to work even in very low gas pressure conditions. The only limitation that could exist is the proximity of electricity routes.

Romgaz is facing a natural decline in the onshore gas resources it is exploiting. Can this trend be stopped? Can new onshore gas reserves still be found in Romania?

We have confirmed discoveries in the Black Sea, Caragele and others, and more will come, while at the same time we’re making current production more efficient in line with maintaining the exploitation trend that compensates for the natural decline in production.

What impact will OUG 114/2018 have on Romgaz’s business and profits?

The ordinance will lead to a significantly increased consumption of natural gas for a producer the size of Romgaz, but at the same time restrains the size of investments we’ve scheduled on the long term.

Romgaz is investing in a new gas-based electric plant. When will it be ready and what will it mean for Romgaz’s activity and for Romania’s energy system?

The plant will be completed by the end of the year. Together with the future plant in Mintia, it will complete the range of the company’s objective to diversify the natural gas recovery channels, at the same time ensuring a balancing tool for the system at DEN’s disposal, determined by the superior technical structure represented by this national investment.

How does Romgaz expect gas consumption to evolve in Romania in the next few years? Will it increase or decrease? How will it evolve on the domestic and industrial segments?

Price decreases lead to increased consumption. Romania is now an emerging economy. Low-yield technologies are evolving along with high-end technologies right now, and for the next three years, although their yields will be different, conditions will be created to reposition themselves on the market or leave it altogether.

Besides electricity production, is Romgaz looking to enter other sectors such as petrochemicals?

We are analyzing this possibility, but we’re also looking at opportunities provided by new technologies (photovoltaic, wind), as well as using GNC for vehicles (GNCV).

Is Romgaz facing difficulties in finding qualified employees in the context of the workforce crisis that is affecting many sectors in the Romanian economy? Will the number of employees at Romgaz increase, decrease or remain the same this year?

There are some segments where finding human resources is more difficult: seismic specialists, exploration as well as other parts of our business. This is to be expected, however, in an aging society.

This is the reason why Romgaz is investing in training young people who can work in the company with programs set up with universities or other professional training organizations. Our company continuously looks for new talent, because, personally, I think that this is the only way for it to become more efficient and have better results.