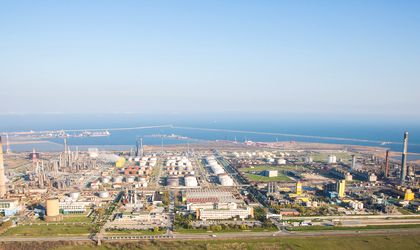 The three biggest oil companies active in Romania, OMV Petrom, Rompetrol and Lukoil, which combine production with distribution operations, had a combined turnover of EUR 7.8 billion in 2017, up by around EUR 1 billion compared to the previous year.

The energy giants made around EUR 595 million in net profit, with more than EUR 280 million above 2016.

OMV Petrom, covering the whole market, with gas, oil, and electricity production, runs the market with a huge chunk of the profits, EUR 525 million in 2017, but on turnover it ranked below Rompetrol, with EUR 3.23 billion versus EUR 3.53 billion.

The three companies own the last operational refineries on the Romanian market, Brazi (Petrom), Petromidia and Vega (Rompetrol) and Petrotel Lukoil (Lukoil).

Both numbers grew compared with 2016. The turnover gained EUR 500 million the turnover, while the net profit soared by EUR 320 million.

The company has around 2,000 employees.

The Russian energy company made around EUR 1.02 billion in turnover in 2017, a small growth compared with EUR 972 million in 2016.