BR Analysis: How the EU redesigns Romania’s homes: electric car chargers at your doorstep and smart readiness to become the norm 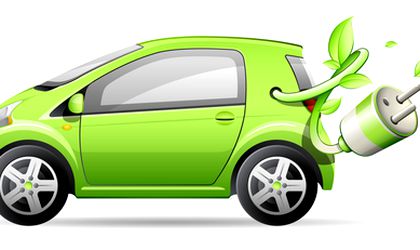 The revised Energy Performance of Buildings Directive, approved by the European Parliament on April 17, aiming to reach low and zero-emission building stock in the EU by 2050, supports the rollout of electric car infrastructure in all buildings in Europe and introduces a “smart readiness indicator” which will measure buildings’ capacity to use new technologies and electronic systems.

The new form of the EU directive will enter into force 20 days after publication in the Official Journal of the Union, and all member states, including Romania, will have to transpose the new elements of the directive into national law within 20 months.

In fact, for all new and renovated non-residential buildings – like shopping malls or commercial centers – with more than ten parking spaces, the new directive requires the installation of one charge point.

Moreover, in new and renovated residential buildings with more than ten parking spaces, every parking space should be equipped with ducting infrastructure.

“New residential buildings with over ten parking spaces, and those undergoing major renovation, will have to put in place the pre-cabling for electric recharging,” according to the new directive.

The European Commission wants EU countries to deliver on their plans for the roll-out of charging infrastructure, in order to reach a target of 10 EVs per charger by 2020.

In 2018, the European Union is to pass the 1 million electric vehicles mark, even if EV represented only 1.4 percent of new car sales in the EU last year.

But the extended infrastructure will speed up sales of electric vehicles, according to the European Commission.

In Romania, only the Capital city announced planes in order to create an extended EV infrastructure.

In June 2017, the General Council of Bucharest approved a decision on the installation in Bucharest of 30 modules of charging stations for electric cars.

The new rule said that owners or managers of commercial or office spaces with more than 100 parking spaces would be required to install recharge points for electric vehicles, and those who do not comply with these provisions may be fined.

At the same time, a public company in Bucharest, controlled by the municipality, contracted an opportunity study regarding the deployment in Bucharest of 40 charging stations for electric cars.

But other major cities in Romania are also moving towards electric vehicles infrastructure.  The municipality of Cluj-Napoca, the biggest city in Transylvania and Romania’s second-richest city, bought recently 30 electric buses for public transport with the charging infrastructure.