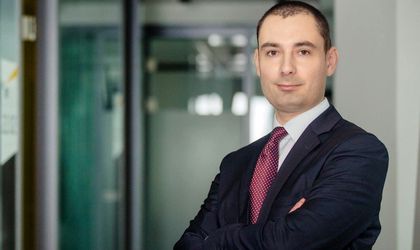 In 2020, global renewable energy capacity investments grew 2% to US$303.5b, the second-highest annual figure recorded to date despite the impact of the global COVID-19 pandemic. However, the 57th EY Renewable Energy Country Attractiveness Index (RECAI) estimates that future development to achieve net zero will require a further investment of US$5.2t and highlights the role institutional investors will need to play in financing the energy transition.

RECAI 57 finds that environment, sustainability and governance (ESG) goals are increasingly being prioritized on the investor agenda while institutional investors’ interest in renewables continues to grow.

The forthcoming 2021 United Nations Climate Change Conference of the Parties (COP26) presents an opportunity to close the gap between what governments have promised to do and the level of action they have undertaken to date. RECAI 57 finds that current policy and pledge trajectories from leading nations indicate an increased commitment to greater accountability and transparency, with representatives expected to outline clear roadmaps and detail on policy measures to spur investment in renewables.

RECAI 57 also examines green hydrogen case studies in Europe and China that illustrate the great potential of this new technology, but also show the barriers that need to be overcome to reach commerciality and widespread use.

The US retains top position on the Index and is expected to hold its position under President Biden. The reacceptance of the Paris Accord, coupled with the recent announcement to cut GHG levels by 50-52% as early as 2030 and achieve 100% carbon free power by 2035, will likely see increased investment interest in the US. Similarly, China has remained a buoyant market and maintains second position, adding 72.4GW of new wind power in 2020, as developers rushed to beat an onshore wind subsidy cut. In April, China and the US also announced that they would work together and with other markets to tackle climate change.

India also rose one place in the rankings to 3rd position, with the market’s solar sector expected to grow significantly and with generation from solar PV forecast to exceed coal before 2040. East Asian markets Japan and South Korea (ranking in 8th and 17th positions respectively) also made commitments toward net zero in the past year. The report highlights that East Asia has a robust pipeline of clean-energy projects, with more than 800 shovel-ready schemes and with a total investment potential of US$316b.

Germany drops by one place in the ranking to 7th position, as last-minute changes to the design of future onshore wind tenders came under criticism. These changes would allow regulators to reduce the size of auctions if undersubscribed and developers believe that this uncertainty will lead to decreasing bid volumes.

Italy climbs two places in the ranking to 15th position after receiving a grant of €209bn from the EU Recovery Fund. The Italian government has also told developers that it is willing to extend its 4.7GW program of support auctions for onshore wind and solar PV into next year after the initial round was undersubscribed.

There is a clear shift away from fossil fuel investment and toward environmentally sustainable projects by institutional investors who are typically more risk averse in their investing principles. Risk-mitigation tools, structured finance mechanisms tailored specifically to the renewables sector and regulatory commitment would therefore help increase investment flows. Committed action from COP26 delegates is a must to ensure that the legacy of Paris Agreement is brought to fruition. The leading developed nations must honor existing promises to deliver US$100b per year in climate financing for developing nations, and all nations must urgently set actionable near-term targets, rather than kicking the can down the road. There is not much road left.

For the complete top 40 ranking and analysis of the latest renewable energy developments across the globe, visit https://www.ey.com/en_gl/recai.