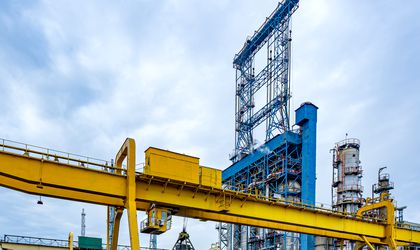 Rompetrol Rafinare, a member company of KMG International, has completed a new investment project to increase the degree of crude oil processing and optimize operational flows.

With a value of over 1.4 million dollars, the project was recently implemented during the general turnaround of the Petromidia refinery and aimed at installing a new light gas oil recovery system at the fractionation column within the Delayed Coking plant.

“Our company has successfully implemented a project that supports plans and objectives to increase efficiency, reduce costs, optimize operational flows, but also to modernize and align with the most modern crude oil processing solutions. This initiative joins the large projects to reduce the impact on the environment and digitalization projects, meant to bring more efficiency”, said Felix Crudu Tesloveanu, general manager of Rompetrol Rafinare.

The introduction of the project in the flow of the Delayed Coking plant will optimize the thermal profile on the column, which will lead to an additional recovery of light gas oil at the same quality, by reducing the amount of heavy gas oil.

In addition, the reduction of the yield of heavy gas oil leads to the increase of raw materials processed in the Petromidia refinery.

From a technological point of view, the additional removal of heat from the 180-C2 fractionation column leads to a production of approximately 7 tons / hour of steam and, implicitly, to the reduction of the pressure on the system. 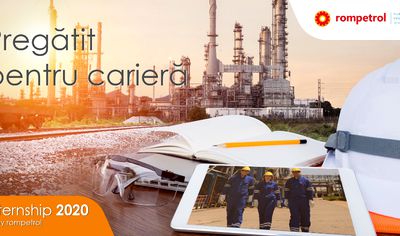 The modernization of one of the most important units in Petromidia’s portofolio comes in the context of the 35th anniversary from the beginning of operation of the Delayed Coking plant. Since 1985, the unit has been a vector of stability in the smooth running of operational processes in the largest refinery in Romania and one of the most important in Southeast Europe.

In 2019, the Petromidia refinery recorded a total production of 1.37 million tons of gasoline and 2.93 million tons of diesel (up 5% compared to 2018). The company also managed to obtain 406 kt of Jet A1 aviation fuel, a record level in the refinery’s over 40-year history.

Rompetrol Rafinare, the company that operates Petromidia Năvodari and Vega Ploiești refineries, is mainly owned by KMG International (54.63%; directly and indirectly) and the Romanian State through the Ministry of Economy, Energy and Business Environment (44.69%).

Rompetrol launches the Cashback service at its gas stations in Romania