The 2020 George Enescu International Competition is reorganised in a new format, part online and part offline 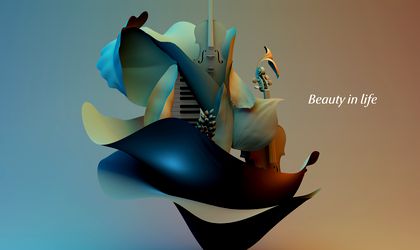 The 2020 George Enescu International Competition, scheduled to take place between August 29 and September 20, still goes ahead, albeit in a new format with two distinct phases. The first two rounds of the Competition will be held online in September according to the initial calendar, whereas the Semifinals and Finals of all sections are rescheduled for May 2021, at the Romanian Athenaeum in Bucharest. The general public will have access to the Opening Gala and the first two rounds exclusively online and free, while spectators who have purchased tickets and season subscriptions will receive their money back.

The decision was made by the Competition’s organizer, ARTEXIM, after deliberate discussions with the members of the juries and the Artistic Director of the Enescu Festival and Competition, Vladimir Jurowski, in the context of the escalation of pandemic worldwide, to protect the health of all participants – young musicians, artists who are jury members, general public and the organizing team.

”We regret we had to change the organizing format in the short time left until the beginning of the Competition. We decided not to cancel the Competition because we want to send a message to artists and the general public about how important it is for all of us to not give up on what defines us as human beings. The candidates who entered the Competition are defined by their passion for music and the desire to excel in their artistic careers. Jury members – internationally recognized artists and professors – want to promote and support young musicians in these difficult times for their future careers. Our audience is defined by their passion to listen to quality music. For them, we decided to continue organizing the Competition, but under different conditions, to protect the health of all involved. Participating in the 2020 Enescu Competition will be for the laureates of the three sections, more than ever, a great chance to assert themselves on the international musical stage,” Mihai Constantinescu, Director of ARTEXIM, told the press.

The 2020 Phase of the Enescu Competition

All participants will stay safe at home. For each of the first two rounds of the Competition, the competitors will send to the Organizing Committee recordings of their performances until August 24 (cello), August 31 (violin) and September 6 (piano) according to the initially chosen repertoire, and the jury members will analyze from home the first two rounds of the Competition. All the recordings sent by competitors will be published for the general public on the Enescu Competition’s website www.festivalenescu.ro.

The 2020 Enescu Competition will start according to the program on August 29, with the Gala Concert originally announced, which will be streamed live, free of charge, on www.festivalenescu.ro.

The First Round of the Competition in each Section will take place according to the initial program: Cello, August 30 – September 3; Violin, September 5-9; Piano, September 11-15. Both the public and the members of the jury will watch the competitors’ performances recorded beforehand and sent to the organizers.

The jury members will select the works entered in the Composition Section of the Enescu Competition between September 1-15, 2020. Each member of the jury will analyze at home the 25 works registered, and the organizers will communicate publicly the final results on September 20, 2020.

The 2021 Phase of the Enescu Competition

The Semifinals and Finals of the 2020 Enescu Competition will take place from 13 to 23 May 2021, in Bucharest, at the Romanian Athenaeum, with the participation of the George Enescu Philharmonic Orchestra and conductors Nicolas Altstaedt – Cello Final, Wilson Hermanto  – Violin Final,  and John Axelrod – Piano Final. The concerts from the Competition’s Final Round will be part of the George Enescu Philharmonic’s 2021 Season. The recitals given by members of the jury and the winners of the 2018 Competition will be organized within the special session of the Semifinals and Finals in May 2021.

Public Access and Refund of Tickets and Season Subscriptions

The general public will have access to the Gala Concert that will open the Enescu Competition on August 29 and the first two Rounds exclusively online and free. For the concerts and recitals from the second phase of the Competition (in May 2021), the access system will be announced at the beginning of next year. Spectators who bought tickets and season subscriptions for the 2020 Competition will be fully reimbursed by Eventim.

The reimbursement procedure is as follows:

No less than 292 candidates from 42 countries registered to participate in the 2020 Enescu Competition, out of which, following the preselection, 272 competitors from 41 countries remained in the Competition. The complete lists of the competitors entering the Competition in the three sections can be found on www.festivalenescu.ro, in the Results section.

The comments received from the international jury during the discussions regarding the new organizing format proposed for the 2020 Competition are positive and appreciative:

Krzysztof Wegrzyn (Violin Jury): I am sending you my full support for your excellent thought-out decision. With that step, you are not only taking care of the health of all involved people (participants, juries, audiences, administration) but also – by ensuring that the Competition will start within a specified time without moving it entirely – you give a very strong signal for the future.

Josu de Solaun (Piano Jury): I support it one hundred percent. Times are difficult, and this shows resilience, fortitude, and unwavering commitment to music and the arts.

David Geringas (President of the Cello Jury): It’s not easy to make such a decision. Congratulations! It is important to take care of all participants. Of course, it will not be so easy for all players to find now summer opportunities to record the program and we could be prepared that the performances would have very versatile quality. But we hope that the results would satisfice all of us and we could come together to Bucharest in spring healthy and in good shape.

George Enescu Competition is an international platform for launching the future world-class musicians and for promoting the compositions of the great Romanian composer to the new generation of artists. It is thus a natural extension of the George Enescu Festival, the most important cultural event organized in Romania. The Competition has four sections – violin, cello, piano, and composition – and the international standards according to which it is organized place it at the top of the hierarchy of events, developed in the landscape of classical music in Romania.