UN buys 105,000 tonnes of wheat most likely from Romania for starving Yemen

A United Nations aid agency has recently purchased 105,000 tonnes of milling wheat from the Black Sea region, most likely Romania, to be shipped to Yemen, European traders said on Wednesday to Reuters.

The wheat will be shipped in several consignments between June and August 2018. The UN has been providing widespread food aid to Yemen as the conflict continues in the country.

Saudi Arabia, the United Arab Emirates and Sunni Muslim allies entered the war three years ago to try to drive back the Houthis, a Shi’ite group that forced a Saudi-backed government into exile in 2014.

Romania registered in 2017 a record harvest of cereals of 27.1 million tonnes, up 25 percent compared to 2016, wheat production soaring to all time high of over 10 million tonnes, according to a recent report of National Institute of Statistics (INS).

According to the report, the harvested production of wheat rose by 19 percent last year to 10.03 million tonnes, from 8.4 million tonnes in 2016. 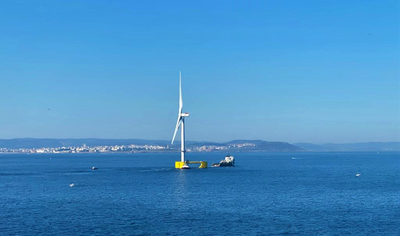 Read more about
EDP plans to invest €1.5 billion in renewable projects in the ocean by 2025
read more