BR Story | Rânca, the mountaintop resort in Romania owned by many, but looked after by none 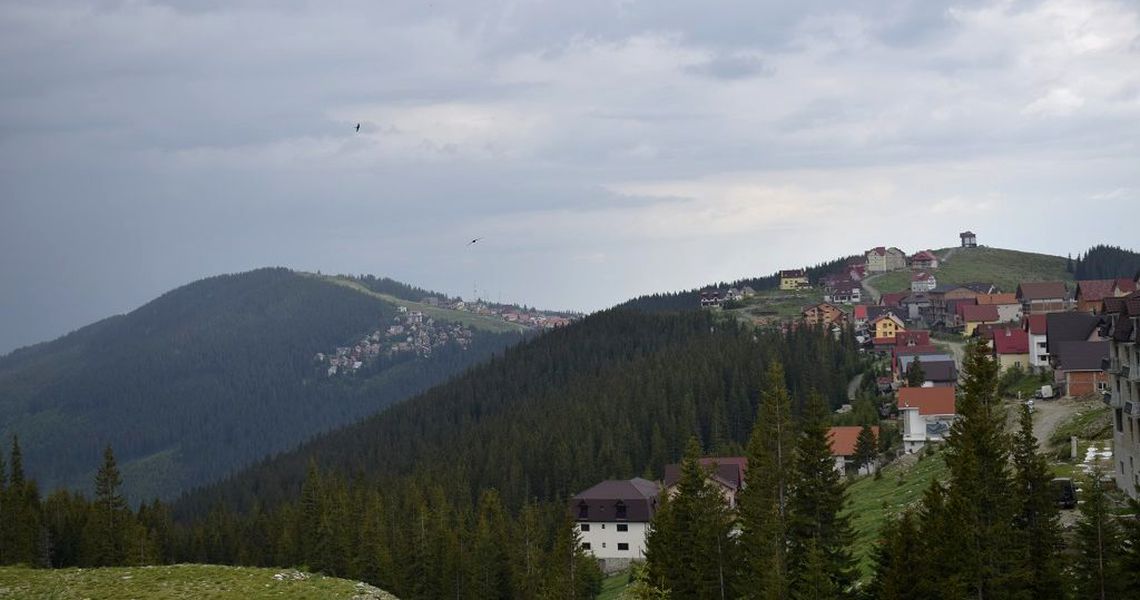 Rânca is a developing tourism resort in Romania, at an altitude of 1,680m, by the foothill of Papusa Peak (2,138m) in the Parang Mountains. It can be reached via the Transalpina road, the highest and perhaps most spectacular road in Romania, also known as “The King’s Road” (it was inaugurated in 1938 by King Carol II) or “The Devil’s Pathway” due to its winding structure that provides incredible views of the surrounding open valley.

The resort is known as a ski destination as it features several slopes on which winter sports can be practiced for up to 150 days per year. It also attracts many tourists in the summer, who come for the peace and quiet, the beautiful landscapes and challenging hiking paths.

Rânca has been called the resort with the highest potential in the country. It was first developed in the 1930s when the Gilortul People’s Bank in Novaci built six lodges with five rooms each.

But while at first glance Rânca looks like a dream holiday destination, the reality is that, like many other resort towns in Romania, it has some fundamental problems that may surprise and disappoint first-time visitors, especially if they don’t go there specifically to practice skiing, snowboarding or other winter sports, which are of reasonably good quality.

The main issue with Rânca is that its administrative status is unclear. While that may not be something that tourists are bothered by, it hinders the area’s ability to develop in a sustained and consistent manner.

Officially, Rânca doesn’t exist as a locality, and the land is split between two local administrations in the area: Novaci town and Baia de Fier town, both on the south end of the Transalpina. Many holiday villas in Ranca are built on territory that falls under the jurisdiction of both towns, which means that owners have to deal with both administrations when they want to obtain various permits or funds – a messy situation for everyone involved.

Although solutions exist that could clarify Rânca’s status, authorities haven’t done much to solve the problem. In fact, only the half of Rânca that belongs to Baia de Fier town has been recently declared a “local interest” resort. Novaci authorities have also submitted documents, but nobody knows when they will be approved by the Tourism Ministry.

Becoming a recognized resort definitely won’t solve all of Rânca’s problems, but it will make it easier for it to attract EU and state funds.

Constantin Panescu, the president of the Concessionaires’ Association of Rânca and owner of Panoramic, a hotel and restaurant in the area, told BR that while making Rânca a local interest resort is indeed a step forward, he would have liked authorities to seek “national interest resort” status, because this would allow it to apply for projects worth up to EUR 50 million, while the local interest status only allows projects of up to EUR 5 million.

The Concessionaires’ Association has written several petitions and open letters over the years to local, county and national authorities to demand better management of Rânca, as well as to ask for details of the amounts collected from taxes paid by the businesses in Rânca between 1990 and 2018, what investments have been made in the past by the two local councils and what specific investments authorities are planning for Rânca in the future. They also say that Rânca risks losing its attractiveness to investors if authorities don’t take any serious action in the upcoming period.

Former Tourism minister Mircea Dobre, who visited Rânca during his term, told BR that the Tourism Masterplan put together by the Ministry includes the further development of Rânca resort, and that the Masterplan is still open and that local administrations can submit new tourism-related projects until the end of 2018, of even later if the Masterplan is extended by the current minister. However, Dobre also said that the Tourism Ministry does not have the authority of making Rânca an independent territorial-administrative unit, as this would fall under the purview of the Regional Development Ministry.

Constantin Panescu claims that public authorities haven’t shown any interest in the resort, while private investment in the area since the 1990s has totaled around EUR 200 million. He says that Rânca brings about 40 percent of the tourists who come to Gorj county and that there have been around 500,000 overnight stays by tourists in the resort in a single year, showing its great potential, but that despite these numbers, Rânca is still not seen as a priority by decision-makers.

Yet another problem stems from what happened a few years ago, when an association claiming it is the rightful successor of the Gilortul People’s Bank in Novaci, which founded Rânca at the beginning of the 20th century, won the property rights for 70 hectares of land, about 60 percent of the land in Rânca that had belonged to Novaci town, turning the owners of the businesses built in the area from concession-holders into renters and making them pay considerably more money to use the land.

The court ruling that gave this land to the association is under scrutiny from anti-corruption authorities, according to Evenimentul Zilei, as the association provided no proof of succession to support its claim to the land and a number of forgeries have been found in the paperwork.

One owner of a holiday villa in Rânca told Business Review that he accepted the new conditions and started to pay rent to the association, but many others have refused to do so and are still fighting the orders in court.

His villa is built on the territories of both towns, Novaci and Baia de Fier, and he has had to jump through various hoops to be able to run his business, which is barely profitable. He says Rânca should be allowed to function independently or under the authority of a single entity.

Walking around Rânca, one would certainly notice the high number of unfinished real estate projects – whether large villas or smaller cabins, they look 60-80 percent ready, meaning that quite a lot of money has already been invested, but there are no construction materials, equipment or machinery around, suggesting that the projects have been abandoned.

Constantin Panescu tells BR that the explanation for these deserted real estate projects lies in the authorities’ neglect for the Rânca resort. He says that investors have abandoned their projects because they realized that their holiday homes are worthless if there are no utilities and that they’ll be almost impossible to reach due to the poor condition of the roads in Rânca.

The villa owner who spoke to BR confirmed that water and sewage services in Rânca are in bad shape, and that the entire infrastructure is crumbling as investments are directed elsewhere. Whether they are finished or not, villas, hotels and restaurants are built without a common architectural style in mind, as there is clearly no legal requirement for developers to design their buildings in a way that would give Rânca some uniformity. This no-rules approach is no different from most other resorts in Romania.

There is a serious workforce crisis throughout Romania’s tourism industry, so it is not hard to understand why a resort like Rânca, isolated at the top of a mountain, finds it almost impossible to attract new workers every season.

Constantin Panescu says that although he offers workers salaries of up to EUR 1,000 per month at his Panoramic complex, as well as the option to only work two weeks per month for EUR 400-500 (plus meals and accommodation), the employees still don’t come. He adds that Rânca businesses have also tried to bring workers from the Republic of Moldova, but that they either have difficulties related to their work visas, which require them to go back to Moldova too often, or they go straight to obtaining Romanian passports and use them to go work in other European countries.

Unfortunately, nobody seems to have a grand plan to give Rânca the attention it deserves. It survives thanks to its several ski slopes that attract thousands of people, but with no new investments and without enough staff to ensure a reasonable quality of services in hotels and restaurants, the resort may not be able to keep it up for much longer. Rânca is not the only neglected tourism spot in Romania, so it’s probably not enough for local councils and city halls to try and patch things up every now and then. Skinny girl porn was a bit out of my wheelhouse. I had to go out and buy the equipment, the DVD and the computer and I was not going to let go. I had to find another way to make money. I had to find a way to get my ideas past my mother. Instead, a national strategy should be developed and governments should stick to it, because Romania is having an increasingly hard time competing with neighbouring countries in tourism.