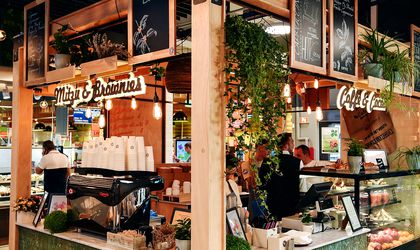 Romania has an EUR 853.9 million deficit in agricultural and food products as of last year, and the deficit is growing. Among the first ten importers are retailers, two tobacco producers, two grain traders and two major food producers, according to Economica.net.

German retailers Lidl and Kaufland are number one and three on the list of importers according to 2017 data from the National Institute of Statistics, cited by Economica. Lidl, with a turnover of RON 6.5 billion in 2017, currently has 227 shops around the country, and around 80 percent of all products sold are private labels. It ranks first in the ranking of importers of agri-food products, although some of the private brands are manufactured in Romania.

As for Kaufland, the largest food retailer in Romania, with over RON 10 billion in turnover in 2017, is the second largest importer of agri-food products in the country. More than 50 percent of shelf products are made locally, say company officials. The seventh and ninth importers of agro-food products, Rewe Romania with Penny Market and Auchan stores, also come from food retail.

German retailer Rewe, who dropped out of the Billa supermarket chain in 2015 to focus on the Penny Market discount brand, reported last year about RON 3 billion in revenues and operates 225 units locally. From the company’s data, over 60 percent of the products on the shelf are supplied locally.

As for Auchan, the French retailer with RON 5.2 billion in business and 60 units in Romania, it has a generalized discount policy (low prices all the time) and many private brands in all categories.

In third place among importers is the British American Tobacco (BAT) cigarette manufacturer, followed by the Chinese Nidera grain trader (COFCO), which is also the largest exporter in Romania.

The fifth position is occupied by Bunge Romania through which the Americans at Bunge carry out their oil production activities. The company, which owns the Floriol and Unisol brands, finished last year with RON 1.7 billion, up 30 percent over the previous year.

On the sixth place is the JTI cigarette manufacturer, followed by Rewe and the Swiss manufacturer Nestle, one of the most important players on the sweets and coffee market in Romania.

Last but not least, in position 10, the American group Cargill, represented by Cargill Agricultura SRL, one of the largest agricultural traders in the world.

Last year, Romania recorded a deficit of EUR 853.9 million euros in the agro-food trade, up 53 percent compared to 2016 when it reported EUR 557.4 million. Imports totaled EUR 7.1 billion, compared with EUR 6.51 billion in exports.