The Economic Impact of Sports Events 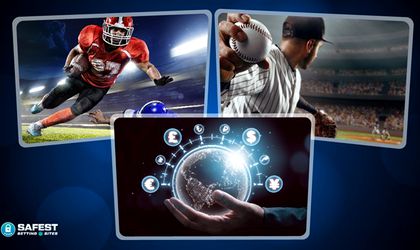 When it comes to the economic impact of sports events, there’s plenty of data to consider. Sports remain popular in many cultures around the world. As of April 2021, Statista released a survey of at least 1,000 respondents from Europe. In age groups between 18-65 years old, almost 50% said they watched soccer on TV at least once a month.

Spain led with 48% of respondents who claimed they watched soccer several times a month. Italy and the U.K. came next at 43% and 41%, respectively. From national to international sporting events, economic impacts are immense. For example, this year’s World Cup is the most expensive in history. 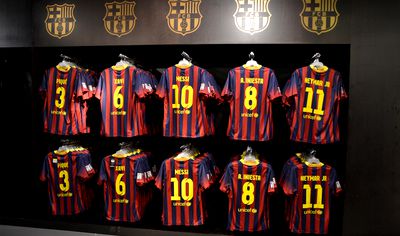 Read more about
Football transfers – Is it now a business?
read more

Now in 2022, Qatar allocated an astounding $220 billion. That includes billions on new stadiums, hotels, and transportation.

Here’s a closer look at how sports impact economies worldwide.

Legal Sports Betting in the U.S.

A wave of legalized sports betting began in 2018 in the U.S. The Supreme Court overturned a previous sports betting ban. Many states around the country ushered in their legal markets. By 2021, the sports betting industry generated $4.33 billion in revenue.

The main driver of the legalization boon came from taxes. Regulating sports betting helped to steer much-needed revenue into state budgets. Many states sought to time their legal betting markets with the start of the NFL season. Billions of dollars worth of betting handle poured into New York, New Jersey, and Illinois. Thousands of jobs came from adding live casino dealers at legal sportsbooks, too. As states reaped the benefits of legal sports betting, online casinos may follow.

Sports facilities receive funding through grants or county and municipal bonds. Sports tourism is a major economic contributor to many towns and cities.

It’s hard to know how large the offshore betting industry might be worth. Revenues get estimated in the billions. In addition, the global online gambling and betting industry had a value of $61.5 billion in 2021. Projected to rise to $114.4 billion by 2028, offshore sportsbooks comprise a big piece of the pie.

Helping to create massive competition among the world’s top gambling companies. Reviewing the best offshore sportsbooks for U.S. players is essential. Bettors from the U.S. may access offshore sportsbooks from outside legal jurisdictions. Some states offer a laissez-faire attitude when it comes to these gray areas. That helps to prepare them for eventual legal frameworks. The demand is there. Offshore sportsbooks create jobs as well as generate revenue for their respective localities.

Most Popular Sports in Europe

With an estimated 3.5 billion fans worldwide, soccer (football) dominates in Europe. Other popular sports include rugby, ice hockey, and Formula 1 racing. Cricket and basketball also remain popular in countries like Germany and France. In 2020, a European Union study showed that sports accounted for 2.12% of GDP. Almost 3% of employment came from sports. Those figures were highest in Austria. Sports there accounted for 4.12% of GDP and 5.63% of employed persons.

The impact of sports events in local communities remains positive. Playing sports helps to reduce school absences while enhancing fitness. The economic benefits are also evident. Investing in the future creates massive opportunities that benefit the public. For example, Qatar’s World Cup spending centers around a broader economic roadmap. Infrastructure costs seek to establish the country as a cutting-edge hub. New stadiums, airports, and underground transportation set the stage for 2030 and beyond.

Spurring innovation is the goal. The world of sports continues to steer many big and small economies into the future. To learn more about online sportsbooks and reviews, visit SafestBettingSites.com.