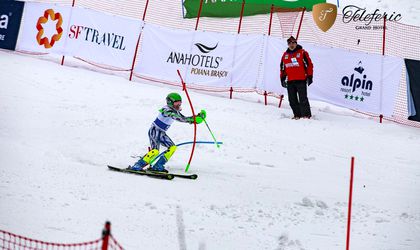 More than 200 skiers from the entire world will participate in two of the biggest alpine ski competitions organized in our country. FIS Children Trophy and FIS Race – two races registered on the official calendar of International Ski Federation (FIS).

More precisely, between 1-3 March 2022, the FIS Children Trophy competition, which is now at its 5th edition, will align at the start point a number of approximately 100 skiers, girls and boys, from the U14 and U16 categories, representing countries such as Austria, Bulgaria, Bosnia and Herzegovina, Slovenia, Hungary, Slovakia, Greece, Turkey, Lebanon, Georgia, Brazil, Argentina or Ukraine.

Also, after four spectacular editions of FIS Children Trophy – the alpine ski competition for children and young adults – registered in the official calendar of FIS, the Poiana Brasov Association of Tourism along with the Romanian Biathlon and Ski Federation (FRSB) and with the support of the Brasov City Hall, will organize, between 22-25 February 2022, the FIS RACE. This year, the FIS RACE brings two premieres: under its aegis will take place The Romanian National Competitions, and some of the best skiers in the world will be present at the start line, such as: Benjamin Szollos – Israel, Jan Rechtenberg – Czech Republic, Isac Hedstroem – Sweden, Nikolas Mavropoulos – Greece, or Kristian Pavelka – Slovakia.

“Through the good organization of these sporting events, we try to create a favorable frame to receive the right to organize high-class competitions such as the European Cup from the International Ski Federation. We hope that these ideas will see the light of day, being convinced that the work of the organizational team won’t be in vain. A very first big step was taken, and between 22-25 February, we will have on the SubTeleferic slope the Romanian National Championships at Alpine Ski – a competition organized under the name of FIS RACE”, says Dan Ghiță, the President of the steering committee FIS Children Trophy and FIS RACE. 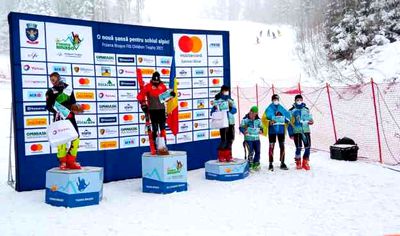 “The key to success, beside the support we gain from the City Hall of Brasov, is the sponsorship from the private businesses that make possible the organization of these events”, explains Ștefan Țînț, the principal promoter of FIS events. “Just in 2022, we managed to raise sponsorships for a total value of EUR 105.000 from the private sector. These businesses, including the one I’ve brought to Romania, Husqvarna, don’t do acts of charity. They want to associate their image with what we do, and this helps us move forward. In five years since we’ve started to organize these competitions, we have obtained almost EUR 500.000 to promote these events.”

Moreover, last year, for the organization of FIS SES – Small Evolving Ski Nations in Romania, the International Ski Federation granted for the first time a prize of EUR 15.000.

“Initially we’ve started with small businesses, in previous years, resonant names on the market started to follow our work and decided that we come under their schedule, budget and concept of promotion”, Ștefan Țînț added. “We couldn’t bring these high-class events in Romania without the help of our sponsors. Our tourism association, the Association of Poiana Brasov, is a non-profit one, and the money we gain is invested in promoting these events and the resort.”

Also, the Deputy Mayor of Brasov, Sebastian Rusu, declares: “I’ve managed to participate last year in this event, and it was perfect in every aspect. It is easy to observe the passion of the people that makes these competitions happen. I think that passion was the key element that brought them together and it is our duty to promote them. These competitions are a way in which we can come closer to the countries that organize big championships, given that Poiana Brasov is the biggest resort in Romania.”

One of the top sponsors of these events is Mastercard, and Cosmin Vladimirescu, Country Manager Mastercard Romania and Croatia, says: “Mastercard is an established promoter of sports, locally and internationally. We are happy to be, for the second time consecutively, partners of FIS SES Poiana Brasov Race Cup and FIS Children Trophy competitions. As a preferred card, the spectators and fans of ski benefit from fast and secure payments, while the sportsmen are taking advantage of our support to get the best results, inspiring in this way other generations to adopt a healthy lifestyle or even to start a career in sports”.