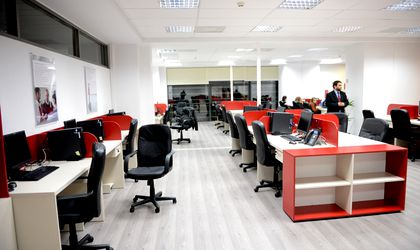 Romania’s services sector is expanding its businesses at fast pace as the demand from the external markets is higher than ever.

According to fresh official data released by the central bank, Romanian companies exported services of EUR 3.76 billion during the first two months of this year, up 17.5 percent against January-February 2018 (EUR 3.2 billion).

This strong performance is mainly due to the strong IT sector, a traditional exporter of high-value services in Romania, but also to more traditional sectors such as transport (exports of EUR 1.1 billion in January-February, up 17.3 percent) or manufacturing services on physical inputs owned by others (EUR 492 million, + 8.1 percent).

As a whole, the Romanian services sector had a positive foreign trade balance of EUR 1.3 billion during the first two months of 2019, easing the total current account deficit of Romania (EUR 568 million in January-February). The only major subsector of services with a negative trade balance is tourism, due to the growing number of Romanians traveling abroad and to the limited attraction of Romania for foreign tourists.

In fact, the number of foreign tourists in Romania declined in February for the eight month in a row and the drop accelerates this year.

In February, the number of foreign tourists in Romania declined by 6.8 percent year-on-year to 134,900, on lower interest of tourists from all over the world with the exception of Africa

Romania’s current account deficit has exceeded in 2018 the warning threshold of 4 percent of GDP.