Romania’s regions. Bucharest is now richer than Budapest, Banat and Transylvania are more developed than most of Hungary, EU data show 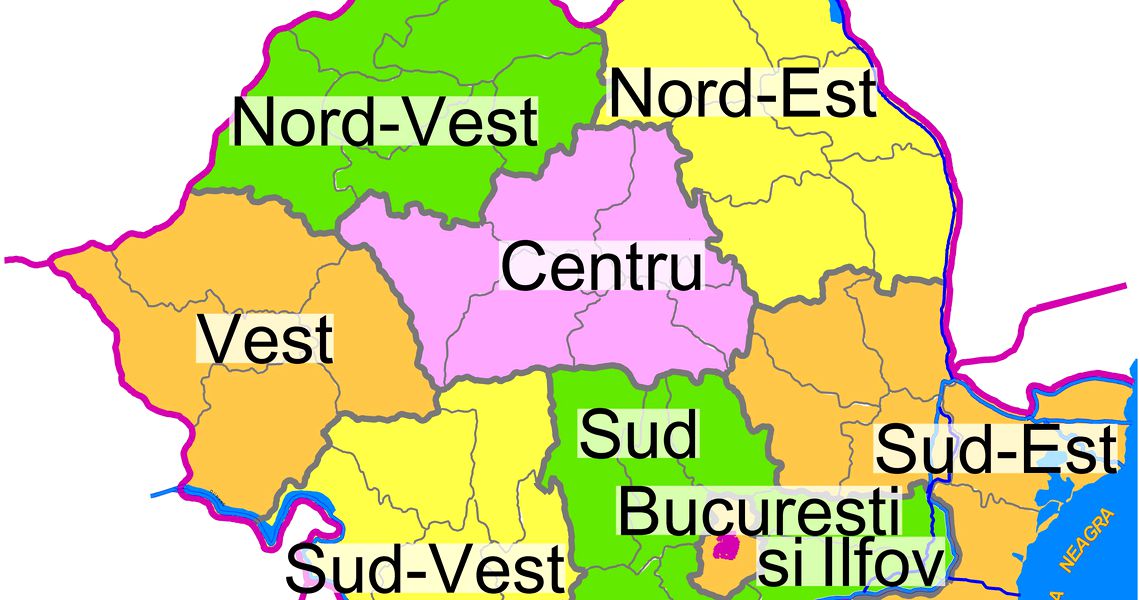 Some regions in Romania register a fast development and are now richer than most neighboring countries. Bucharest was richer than Budapest in 2017, while Banat and Transylvania are more developed than most regions in Hungary, according to a fresh Eurostat report.

Romania has already some regions which could be considered “developed” by international standards, in a moment when the whole country is preparing to enter leave the status of a “upper-middle income” and enter the superior category.

However, many other parts are lagging behind and could be considered poor even by local standards.

Bucharest, the Capital city of the Eastern European nation, is by far the richest part of the country. The 2-million city had a gross domestic product (GDP) per inhabitant of EUR 22,000 in 2017, more than twice bigger than the national average of EUR 9,600.

In 2017, income inequality between different regions in Romania has become a growing problem, even if the poor regions of Romania are less poor from how they looked ten years ago.

Must read: BR ANALYSIS. The real estate value of Transylvanian cities: Where to invest to maximise profit

In 2017, only two out of eight Romanian regions are still included in top 20 EU poorest regions.

In fact, Eurostat data show that, in 2017, Romania’s Vest region was more developed than 6 out of 8 regions in Hungary – the exceptions being Budapest and Nyugat Dunántúl.

In the same time, the both Transylvanian regions in Romania (Centru and Nord-Vest) vere more developed than 5 out of 8 Hungarian provinces.

But Romania is still EU’s third poorer nation – after Bulgaria and Croatia, in the same GDP at PPS/capita standard -, even if, within a decade after joining the European Union, the economy grew quickly and managed to become the largest in its region.

“Advances in real convergence are largely determined by the growth strategy implemented by the countries themselves”, wrote Carmela Martin and Ismael Sanz, in ”Real Convergence and European Integration: The Experience of the Less Developed EU Members” study.