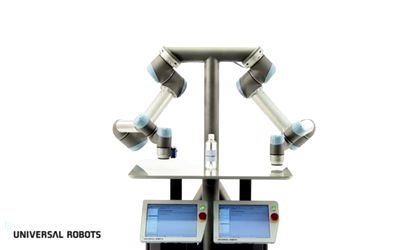 Universal Robots, the company that invented the cobot and leader on the segment of industrial robots operating together with the employees, chose Rogalski Damaschin Public Relations as its communication partner on the Romanian market.

“We looked for a partner experienced in corporate communication and with passion for technology, considering that robotics field is an extremely dynamic one, undergoing profound changes,” said Slavoj Musilek, general manager for CEE of Universal Robots.

Universal Robots was co-founded in 2005 by its chief technology officer, Esben Østergaard, who wanted to make robotic technology accessible to everyone.

Since the first robot’s launch in 2008, the company developed fast, with its robots being now used in over 50 countries. Universal Robots is headquartered in Odense, Denmark and has branches and regional offices in US, Spain, Germany, Italy, Czech Republic, China, Singapore, India, Japan, Taiwan and South Korea.