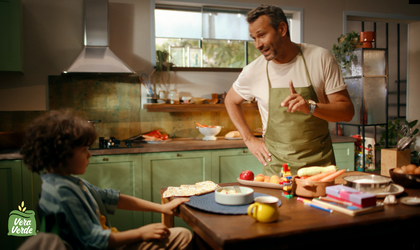 In a dynamic and highly competitive market, with traditional players and loyal consumers, used to choosing the same familiar brands on the shelf, DDB Romania was given the mission to help relaunch the Vera Verde brand of the Gama & Gama company.

“We listen carefully to the consumer’s voice while developing the product portfolio to be able to cover their needs. Thus, in addition to the basic products that we already had in our portfolio – flour, semolina and semolina, we complete the range with rice and products from the legume sphere. At the same time, this varied range of basic foods gathered under the Vera Verde dome was designed for a mature consumer, who carefully chooses what he consumes, has a quality standard from which he does not discount, regardless of the context. Clean, non-genetically modified products that inspire you to cook more often, to enjoy the process and to prepare those recipes that you put your heart into, recipes that you inherited from the family. But also new recipes, inspired by you, that you can leave as a legacy to your children”, said Georgiana Gheorghiu, GAMA&GAMA Marketing Manager.

Soul in dishes, but also in advertising

DDB contributed to the reinvention of the Vera Verde brand by developing the design of the new packaging and by drawing up the brand strategy and the first communication campaign. The inspiration for this foundation came directly from Vera Verde products, being perfect bases for dishes with a longer preparation time. Time in which energy, personality is deposited, from the desire to enjoy, to impress. The consumer leaves a small part of himself there, in what comes out of his hands, and the quality and variety of Vera Verde inspires you to put your soul into each dish to pass on your emotion, passion and, why not, love. 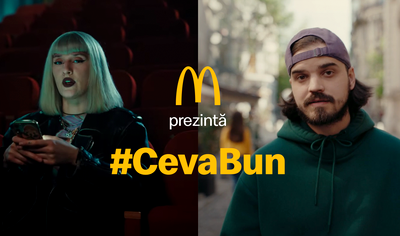 “The creative execution captures a territory dear and familiar to everyone, the discussions in the kitchen between a father passionate about cooking, played by Chef Nicolai Tand, and his son curious about the secret ingredient used. As every self-respecting Chef has his secret, from an ancient recipe kept sacred to an Asian spice, with this brand we tried to encourage that the main ingredient used to the full in the kitchen is the simplest: the soul,” declared Roxana Țâmpău, Managing Director of DDB Romania.

The teams that contributed to the campaign are made up of:

“When you can and want more, you succeed” shows us the newest Alcalia...