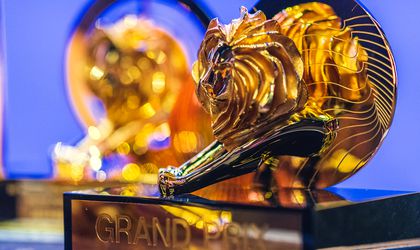 Four leaders of the communication industry will judge entries at the 2022 Cannes Lions International Festival of Creativity, in the shortlist jury.

“We live challenging times, with both unprecedented contexts and fast pace innovation. Everyone is eager to see how creativity, in different local keys, delivers possible answers. Our jurors will have access to very interesting work”, said Teodora Migdalovici, the Festival Ambassador and founder of The Alternative School.

Dana Bulat launched United Media Services in 2006, after 7 years at the top of a successful agency. The development of digital skills at the highest standard from creation of quality content to lead & sales generation campaigns have been the focus  of  company  since  2015,  with  UMS  becoming  one  of  the  most  influential players in the field. The receptacle of consistent awards for efficiency and creativity,  the  company  was  also  celebrated  by  Adweek,  in  its  Top  100  Fastest Growing Agencies, in two consecutive years, 2020 and 2021. In  2018  Dana  Bulat  was  first  in  the  Media  Lions  jury  and  also  a  mentor  in  the #SeeItBeIt program. Dana is a graduate of an executive program at London Business School.

Alina Damaschin Ciocirlan, in the global elite of creative PR

In her 20 years of performance in the creative industry, Alina Damaschin Ciocirlan  has contributed to campaigns developed for influential brands or for the most pressing issues of the community.

Together with Eliza Rogalski, Alina built one of the most respected independent agencies in the country and the only Romanian agency that entered the Global Creativity Index by PRovoke two consecutive years (2019 & 2020), being on the 3rd place in the EMEA and on the 5th place at worldwide. Alina has been involved in award-winning campaigns at the Cannes Lions, Effie, Digital Communication Awards, SABER, European Excellence, IPRA, becoming one of the favorite jurors at the Cannes Lions, Eurobest, New York Festival, D&AD Awards or SABRE Awards.

Alex Teodorescu – the pioneer of the Romanian film production

Alex Teodorescu is the founder of Saga Film, the only production company in Romania that has Cannes Lions & Cannes Film Festival awards, alongside numerous other international awards and nominations. Alex  is one of the pioneers of the Romanian film and advertising production. Passionate about cinema, as a teenager he often used the money allocated by his parents to study for the medicine exam to pay for a movie theater entry ticket instead. He started experimenting in production in the early 90’s with a Skoda and an incredible passion. Involved in various local and international film co- productions, Saga is nowadays one of the industry’s leading names, working for the most influential brands and collaborating in the educational area with the Academy of Theater and Film.