Which are the taxation tactics to be adopted by the European countries in 2021? What should Romania do? 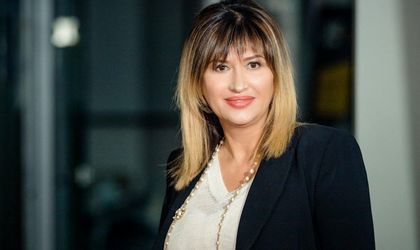 Public debates in the recent weeks in Romania have focused on the government budget deficit, on the imminent increase of taxation rates and on the emergence of new types of taxes. However, there have been European leaders of various political backgrounds and in positions of authority with a number of European institutions who have voiced concerns regarding the major “mistake” that governments may make “to restore public finances too early” – Laurence Boone, Chief Economist, Organization for Economic Cooperation and Development – demanding that “fiscal sustainability be maintained throughout the entire rebound period” – the European Fiscal Board. So what’s to be done, then? How can rising government budget deficit be financed without cutting off oxygen to the businesses, but, on the contrary, by fueling their combustion?

Opinion by Mihaela Mitroi, Partner, Tax and Legal Services, EY Romania, leader of the tax and legal advisory services in the Southern cluster of the EY Central and South-East Europe and Central Asia (CESA) region

“Unity in diversity”, the European Union’s motto, seems to be a more up-to-date and accurate description than anyone has ever imagined of the taxation policies adopted by the member countries for 2021. Germany has seen budget surplus since 2014, which amounted to EUR 50 billion in March 2020. On the opposite side, Romania recorded the highest budget deficit in Europe (4.6%-4.7%) in 2019, the year when a potential upcoming crisis was merely a rumor.

2021 shall however prove to be a crucial year for all, both for Germany, which seems to – almost reluctantly – let go its “austerity fetish”, as phrased by Carsten Brzeski, Chief Economist at ING Germany, and for Romania, which even borrowed during economy growth periods, so that RON 30 out of every RON 100 is currently sourced from loans. 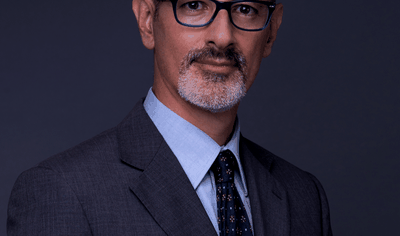 What should we do? Let’s take a look around us.

Poland. It is the country closest to us geographically that was part of the Eastern Bloc, the same as Romania. But, besides the steps taken to deduct the 2020 loss from the 2019 revenues (this year’s revenues are at least 50% lower), Poland is also considering a new policy aimed at aiding local businesses and stimulating new job creation – the so-called “Estonian tax”.

In Poland, this measure will obviously be implemented to encourage SMEs to be self-sustainable by using their undistributed profits for their operating purposes. The new type of tax is directed at small and medium companies with their income below or equal to PLN 50 million (approx. EUR 11 million) that also meet the following criteria: they do not own shares in other businesses, they employ at least three people excluding the shareholder, their passive income does not exceed their operating income, and they have investment costs. Once accepted in the “program”, the taxpayer shall pay the new tax for 4 years. If, at the end of that 4-year period, the taxpayer continues to meet the eligibility criteria, then they will be eligible for another 4-year period of “Estonian tax”.

Until this year, this type of tax has been used in the United States, Estonia, Latvia and Macedonia. It was recently implemented by Georgia, while Sweden and Germany also plan to enforce it.

France. The EUR 100 billion “relaunch and competitiveness” plan that was recently unveiled by the French Government is based on lowering taxes for businesses, particularly for those involved in production operations. The plan mainly concerns reduction of corporate tax, of social security contributions made by companies and of property taxes owed by companies.

The 2021 draft budget recently passed by the Council of Ministers stipulates the adjustment of corporate income tax from 33.3% to 28% for companies with profits not exceeding EUR 500,000, while businesses exceeding that profit threshold shall pay corporate tax at the rate of 31%.

42% of the medium companies and 26% of the large companies would benefit from the tax decrease, according to the French officials.

Theoretically, when he started his term, President Emmanuel Macron committed to drastically lower the corporate tax rate from 33% to 25% by 2022, with France positioned way above the 23.6% OECD average rate for this type of tax. This reform had been long demanded by the French business environment, who were very displeased with the last position held by France in the International Tax Competitiveness Index, which reflected the major taxation burden incurred by local companies.

As far as individuals are concerned, the French government intends to significantly decrease tax rates on personal income and also to completely remove property taxes by 2023.

Germany. The Merkel Cabinet’s taxation strategy entails offering EUR 42.5 billion in tax exemptions by the end of 2024. Tax exemption shall be provided in several different ways. The first is to increase the allowance and cap for those that do not pay taxes.

The federal government plans to raise the cap at EUR 9,696 in 2021, which means that anyone earning below that threshold shall not pay any taxes. The allowance currently stands at EUR 9,408, therefore taxpayers can expect it to increase by almost 3.1%. The federal government also intends to approach the so-called “cold progression”, which is what happens when salaries increase only to cover for the inflation rate and is applied in the countries that have implemented progressive tax rates. According to German publication Handelsblatt, to counter this phenomenon in the future, the government intends to adjust tax brackets for certain tax rates by the same amount as the inflation rate. If we add up all these planned tax reductions, millions of Germans might earn significantly higher net revenues in 2021 than this year. However, it is worth mentioning that, apparently, there are also plans to increase social security contribution rates in 2021, and, if that happened, it could cancel out the savings made with the above measures.

Italy. Maintaining reduced VAT rates, extending the corporate tax payment term for certain taxpayers, as well as exemption of wage withholding payments for new employees – in brief, these are the main tax measures passed by the Rome government.

According to a Decree that became effective on August 15 this year, but which also applies to the next years, certain businesses impacted by the COVID-19 pandemic are provided with the option to increase the value of certain business assets and participations included in the balance sheet of the period ongoing on 31 December 2019, subject to a security (this excludes real estate properties held by real estate companies). Payment of corporate income tax was extended until 30 April 2021 for taxpayers that have experienced a year-over-year decrease in turnover by at least 33% in 2020.

Furthermore, an exemption from the payment of the local (municipal) real estate tax was provided to entertainment and tourism businesses. Total exemption from real estate tax payment shall apply particularly to theatres, cinemas, and concert halls for 2021 and 2022. Social security contribution incentives for the first six months of employment of new hires and tax credit for hotels and accommodation facilities were other measures taken by the Italian authorities.

So, as we can easily see, governments have not resorted to tax rate increases, particularly as the European Parliament is about to debate the joint plan for economic recovery, which makes reference to the introduction of new taxes, mainly in the “green, environmental” area – a levy on plastic waste, carbon tax, extending the Emissions Trading System, the relentless tax on digital services or the financial transaction tax.

In order to support economic rebound, Romania too needs taxpayers who are as economically sound as possible during this troublesome period, which seems to extend for longer than expected, with the sanitary crisis being far from over. Aside from that, our country has to rectify economic imbalances and to make up for the structural deficit, in a context where not all foreign markets have stabilized and the signs of the economic recovery of countries are not encouraging.

We want the government to understand that it does not stand alone and that the business environment is ready to lend a helping hand – consider how many companies paid their taxes, although they could have deferred them, but also that the government must in its turn support companies in their struggle to survive – with state aids and tax incentives. We all depend on the success of that partnership.