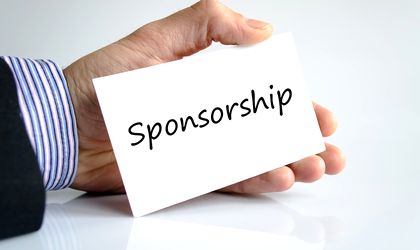 Many leading international and Romanian companies often sponsor events, trade shows or charity causes to reach specific business goals or to enhance the company’s reputation and brand exposure as part of their marketing strategy.

In Romania, legal entities registered as corporate income taxpayers or as micro-enterprise taxpayers may grant sponsorships as provided by the Sponsorship Law and the Romanian Fiscal Code, for which they can benefit from tax credit within certain limits.

In the sections below, we present the tax treatment of sponsorship valid until 31 December 2021, as well as the new fiscal measures on sponsorship entered into force as of January 2022 through Law 322/2021 for supplementing Law no. 227/2015 on the Fiscal Code.

How it used to be?

According to the Romanian Fiscal Code, sponsorship expenses are considered as non-deductible, but in return the company may benefit from the corresponding tax credit (that is to say, the company granting the sponsorship makes a full cost deduction of sponsorship from its profit/micro-enterprise tax due). Thus, it could be considered that the sponsorship does not practically represent a cost for the company, if the limits presented below are not exceeded.

In the case of corporate taxpayers, the tax credit for sponsorship expenses is limited up to the lesser of:

Companies granting sponsorships exceeding the above-mentioned thresholds may carry forward over the next 7 consecutive years the unused tax credit and recover the related amounts chronologically, under the same conditions.

In addition, it should be pointed out that the non-profit organisations benefiting from sponsorship must be enrolled in the Register of non-profit entities at the date on which the contract is concluded. Moreover, at the end of the fiscal year, the sponsor must file an informative return concerning the beneficiaries of the sponsorship.

According to the new provisions, companies granting sponsorships may redirect the outstanding amounts in a 6-months term as of the submission date of the annual corporate income tax return, only if the difference between the above-mentioned thresholds and the amounts carried forward from previous periods is positive. In other words, if the difference between the thresholds, the sponsorship expenses incurred in the current fiscal year and the sponsorship expenses brought forward from previous years is positive, then the company may redirect the remaining amounts by submitting a form which is yet to be published by the Tax Authorities.

As such, from this year onwards, if the tax threshold for sponsorships is not entirely used in a fiscal year by way of incurring expenses and/or offsetting it against sponsorship expenses brought forward, remaining positive amounts may be redirected after submitting the annual corporate income tax return. This implies paying first the said positive difference as corporate income tax, after which, based on the company’s request, the Tax Authorities will redirect the amount to the desired beneficiary. One should note that in case the beneficiary is a non-profit organization, then it is mandatory for it to be enrolled in the Register of non-profit legal entities at the date on which the payment is performed by the Tax Authorities.

Going forward, Law no 322/2021 stipulates that starting with January 2022, sponsorship expenses carry forwards are no longer allowed. Consequently, the related amount may no longer be used as tax credit and will remain a non-deductible expense in case the annual thresholds are exceeded. Nevertheless, transitory measures do exist, still allowing the carry forward (up to 2028) of sponsorship expenses incurred and not used by 31 December 2021.

For companies with a tax year distinct from the calendar year, the above provisions apply starting with the tax year 2022 – 2023.

Additionally, for taxpayers part of a corporate income tax group, redirecting of amounts can be requested only by the responsible entity of the group.