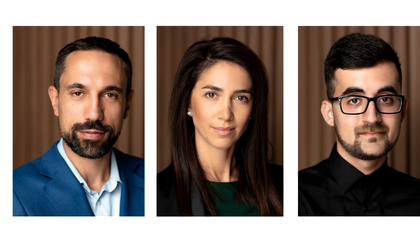 Over the last few days, the Government and the Parliament have taken a step further in the process of supporting the business environment in the context of the Covid-19 pandemic and have issued a series of regulations to extend the aid granted in the field of labour relations over the next year as well, while also improving the access procedure.

The changes are generally auspicious, in the context in which the state of alert is expected to be maintained for a good period of time during the next year, however, additional formalities occurred, while the various regulations contain some inconsistencies that create confusion and raise the risk of non-uniform application by the authorities. We have summarized in this material the most important changes in the field of labour relations that appeared over the last week, in order to facilitate the interpretation of the new rules by employers.

Thus, on Monday, 7 December 2020, a new Government Emergency Ordinance no. 211/2020 was published in the Official Gazette. It regulates, in essence, the extension of the application of support measures intended for the business environment in terms of labour relations.

Shortly after, on Tuesday, 8 December 2020, Law no. 282/2020 was passed for the approval of Government Emergency Ordinance no. 132/2020 by which changes are made in relation to the mechanism for reducing the working time of employees (kurzarbeit), but also regarding the aid for telework. The law was published in the Official Gazette on 9 December 2020 and entered into force on 12 December 2020.

GEO no. 211/2020 extends, until 30 June 2021, the measure according to which technical unemployment will be borne from the unemployment insurance budget for employees of companies operating in areas where there are still restrictions, for employees of companies whose activity is suspended due to the epidemiological investigation conducted by public health departments and for other professionals.

Through GD no. 1046/2020, the Government extended the application of the measure to reduce working time (kurzarbeit) until 30 June 2021. Therefore, in principle, employers will be able to resort during the first half of next year as well to this support measure in case their activity is reduced.

With respect to kurzarbeit, GEO no. 211/2020 brought certain changes and novelties regarding the implementation of this working time reduction mechanism.

Although the Government’s intention seems to have been to support employers and to make the legal regime of kurzarbeit more flexible, a number of changes are devoid of content due to the entry into force of Law no. 282/2020, as they are also regulated by this normative act. And, since Law no. 282/2020 entered into force at a later time, it will prevail where the two normative acts have overlapping provisions.

The relevant changes of the two normative acts are:

However, in parallel, the same provision was amended by Law no. 282/2020. Thus, starting with 12 December, the possibility to reduce the working time by no more than 50% of its duration was restored, such duration being calculated on a weekly or monthly basis, pursuant to the individual employment agreement.

Previously, the prohibition also referred to subsidiaries, branches or other secondary offices, without being clear whether the law referred only to those where the working hours of some employees were reduced, or whether all the company’s units were targeted.

Law no. 282/2020 maintains this prohibition but reintroduces a form of the text almost identical to the original one. However, GEO no. 211/2020 may be a benchmark for the interpretation of this prohibition, given that the original form of the text was ambiguous and could be interpreted even in the sense of applying the prohibition to all the company’s secondary offices, even if the working time was reduced only in certain offices.

Nevertheless, according to GD no. 905/2017 on the general record of employees, which is the general regulation on this matter, amending elements such as the salary and the working time needs to be registered. Therefore, although the REVISAL application does not currently contain a field for kurzarbeit and the Parliament’s intention seems to be to eliminate this formality, it might be still considered that companies continue to have the obligation to update the REVISAL application according to the general rules.

At the same time, Law no. 282/2020 contains the following new provisions for the process to recover the indemnities, which will be included in a new article 11 of GEO no. 132/2020:

The novelty is the requirement to submit this agreement concluded with the employees’ representatives/union regarding the number of employees for whom the reduction of working time was decided. It seems that what was originally intended to be a unilateral measure of the employer, becomes a consensual measure that must be established between the employer and the social dialogue partners. Then, the question arises as to what the employers will do where the employees have not chosen their representatives, respectively, where a trade union has not been established. In any event, this legislative novelty is liable to make the application of kurzarbeit more difficult, since it is likely that, in most cases, the employees’ representatives/union will disagree with the reduction of working time, which would result in the impossibility of settling the state indemnities.

Moreover, the documentation for the settlement of the indemnity will be much more rigorous and a proof of the reduction in the turnover, based on financial-accounting documents, will also be required.

Another issue that may arise is the requirement that the employee signs the decision on the reduction of working time to confirm that he/she acknowledged it. This is particularly the case of the companies where some or all employees work from home, under the teleworking regime, and where the signing of the decision by the employee can be difficult. In this case, we believe that it should be reasonable for the employers to provide the proof that the decision was served by alternative means (i.e. by e-mail, by mail with acknowledgment of receipt, bailiff), if the proof of the employees’ express confirmation of acknowledgment may also be subsequently provided (e.g. including by email).

In practice, some employers complained about the delay in recovering the indemnities, although the settlement period was 10 days from the date of submission of the application and documents. Given the halving of the term for settling the indemnities, it will be interesting to see the extent to which the county employment authorities will be able to meet this deadline.

Law no. 282/2020 also modifies the category of employees for whom employers can benefit from the aid for telework regulated by art. 6 of GEO no. 132/2020. Thus, these aids may be granted to the employees who performed telework during the state of emergency or during the state of alert for at least 15 business days.

In view of the practice of the employment agencies and the responses received from the public authorities in the recent period (including from the Ministry of Labour), it is very likely that the authorities will continue to make the granting of this aid conditional upon the existence of telework addenda concluded with the relevant employees for whom the aid is requested. Of course, if the activity of telework was set out in the individual labour agreement from the time of the employment, this condition must be deemed as fulfilled.

We also stress that a recent amendment by GEO no. 182/2020 made it clear that the aid is not granted to the employers who submitted in REVISAL the data regarding the telework after the expiry of the legal deadline for the registration of the change.

Last but not least, it should be pointed out that the telework aid is granted in the order of submission of the applications, until 31 December 2020. Thus, in order to benefit from the telework aid, the companies that have fulfilled the conditions for accessing such aid during the state of alert, should submit the application in due time (some agencies in the country have already informed the applicants that they were left without funds and, therefore, the business environment awaits news on the supplementation of funds and positive responses to the applications submitted in compliance with legal conditions).

[1] Supplementing Government Decision no. 719/2020 for the approval of the disbursement and payment procedure in relation to the amounts granted under Government Emergency Ordinance no. 132/2020 on support measures intended for employees and employers in the context of the epidemiologic situation determined by the spread of the coronavirus SARS-CoV-2, as well as for the stimulation of growth of employment (“GD no. 1046/2020”).

Filip & Company assists Gedeon Richter in the sale of its wholesale and...