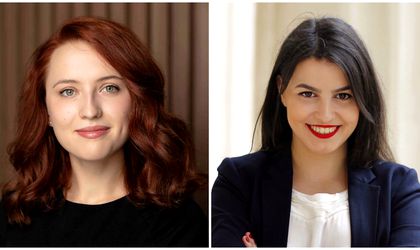 In a busy autumn on investment arbitration, the Court of Justice of the European Union (“CJEU” or the “Court”) was invited to rule on a very interesting question – the possibility of a Member State to conclude an ad-hoc arbitration agreement that allows it to continue arbitration proceedings initiated under an invalid BIT arbitration clause. This is the second ruling this fall on the compatibility of the EU law and the dispute resolution mechanisms set forth in international agreements, following the Komstroy Judgement on 2 September 2021.

On 26 October 2021, following a request for a preliminary ruling, the Court issued its judgement in the Republic of Poland v. PL Holdings Sarl case (the “Poland v. PL Holdings Judgement”) concluding that an ad-hoc arbitration agreement with identical content to an invalid arbitration clause included in a bilateral investment treaty is contrary to EU Law. 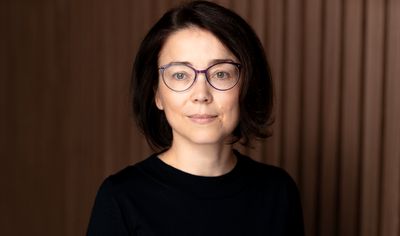 The background of the dispute

Belgium and Luxembourg on one part and Poland on the other entered in 1987 into a bilateral investment treaty (“BIT”) which provided for arbitration in front of the Arbitration Institute of the Stockholm Chamber of Commerce (the “SCC”). PL Holdings Sàrl (“PL Holdings”), a limited company registered in Luxembourg, acquired shares in two Polish banks which merged in 2013, leading to PL Holdings owning more than 99% of the shares in the new bank arising from the merger.

In the same year, the Polish Financial Market Commission, responsible for the supervision of credit banks and credit institutions in Poland, suspended PL Holdings’ voting rights in the bank and forced it to sell its shares. On 28 November 2014, PL Holdings initiated arbitration proceedings against Poland in front of the SCC, relying on the arbitral clause included in art. 9 of the BIT.

The arbitral tribunal decided that it had jurisdiction based on the BIT provision and ordered Poland to pay PL Holdings damages. Poland requested the setting aside of the award in front of the Svea Court of Appeal, in Stockolm, claiming that the BIT arbitration clause was invalid. PL Holdings claimed that, even if art. 9 of the BIT were invalid, Poland agreed to an ad-hoc arbitration agreement as “the Republic of Poland tacitly accepted that offer by refraining from validly challenging the jurisdiction of the arbitral tribunal”[1].

The Svea Court of Appeal dismissed Poland’s request. The court acknowledged that the ruling in Slovak Republic v Achmea BV (the “Achmea Judgment”) was applicable and, according to it, art. 9 of the BIT was invalid. Oddly enough, that did not prevent the court from considering that the parties have concluded a valid ad-hoc arbitration agreement, even though it had the same content as art. 9 of the BIT. The court based its decision on Poland’s failure to raise its objection on the validity of the arbitration clause in due time. Therefore, the court considered that Poland “implicitly”[2] agreed to a valid ad-hoc arbitration agreement at a later stage, invoking the common intention of the parties and the principles of commercial arbitration.

Poland brought an appeal against this decision in front of the Swedish Supreme Court which decided to request a preliminary ruling from the CJEU on whether EU law must be interpreted as precluding an investor and a Member State to conclude an ad-hoc arbitration agreement that makes it possible to continue arbitration proceedings initiated on the basis of an arbitration clause contrary to EU law.

The Achmea Judgement has already responded to the question of (in)compatibility between EU law and an intra-EU bilateral investment agreement allowing investors to refer potential disputes to arbitration. The Court expressly stated that such a clause would infringe upon the autonomy of the EU legal order and the consistency, full effect and the particular nature of the legal provisions of the EU treaties[3]. In the recent Komstroy Judgment, the CJEU took it a step further by stating that intra-EU arbitration under the Energy Charter Treaty is also incompatible with EU law.

In the Poland v. PL Holdings Judgement, the CJEU quashes the parties’ possibility to escape the Achmea Judgment – and arguably the Komstroy Judgment as well – by agreeing to an ad-hoc arbitration agreement with an identical content to that of the BIT arbitration clause. The Court states that this would allow the parties to elude the obligations of the respective Member States under the TFEU. In fact, the newly concluded ad-hoc arbitration agreement would produce the same results as an intra-EU BIT arbitration provision which has been already found to be contrary to EU law.

What is perhaps more interesting, is that the Poland v. PL Holdings Judgement deals with the issue of implicit consent to an arbitration agreement, represented by the failure of a Member State to challenge in good time the jurisdiction of the arbitral tribunal. Although the Court states that it is for the national courts to assess all the facts and determine if, according to the applicable law, there could be a tacit or implicit consent, the Court does not shy away from holding that (i) the jurisdiction of an arbitral tribunal cannot depend on the conduct of the parties, (ii) it would be unacceptable to conclude that the failure of the Member State to fulfil its obligations[4] should prevail over EU treaties and even that (iii) in the case at hand, Poland has challenged the arbitral tribunal’s jurisdiction and the validity of the arbitration agreement repeatedly, throughout the arbitral and judicial proceedings.

Therefore, the Court concludes that such an ad-hoc arbitration agreement between an investor from a Member State and another Member State is contrary to EU law.

The Poland v. PL Holdings Judgement reenforces once more the Achmea Judgement and excludes any possibility of commencing or continuing arbitral proceedings based on an intra-EU BIT. It becomes clearer that the EU continues its steps towards a multilateral investment tribunal relying on the autonomy of the EU legal order.

[4] Under art. 7 of the Agreement for the termination of Bilateral Investment Treaties between the Member States of the European Union, Member States are required to observe the ruling in the Achmea judgment and inform the arbitral tribunals about its consequences.

The largest private placement of corporate bonds on the AeRO market: TEILOR Holding...