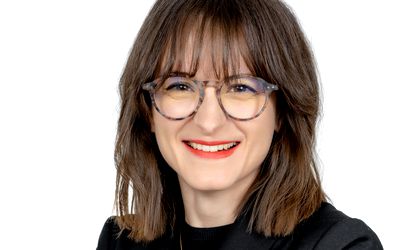 There is a crossroad at a certain point of our careers, we all meet there, it’s a pretty crowded place. Is the career change crossroad – turning left or right? Leaving the company or changing the job? Or the industry, or the country? Luckily, we have resources at hand to help conclude on that – people, books, internet – but first and foremost we need a little bit of introspection.

Let’s say you’ve been working in one company almost all your life. You have switched jobs at proper pace, that you can justify in any interview as career growth. You’ve learned a bunch, done a lot of things, missed a lot others, went with the flow or set the rhythm. You’ve led projects and you’ve led teams of your own. You’ve created piles of powerpoints and put on a few white shirts to go meet the CEOs (they came and went, since you’ve joined the company) and quite a few ties to meet those big companies who are your most respected customers.

To cut it short, you are a well-respected leader in your company, high enough so you can influence things, still, more than half your work is politics. You’re high enough to feel good about your efforts paying off, high enough to have a big stake in things – professionally and personally (mortgages, lifestyle, self-esteem etc.). However, you’re still not high enough to set the rules, you’re a follower in the big game. However you’re the trend setter for your +100 people team.

So, one morning, while driving your company SUV during your daily commute, or lately, while drinking your espresso staring outside the window, you ask yourself: “What’s next? Anything else to be done around here or should I move on? What questions do I need to ask myself to know it’s time to change jobs completely? What answers do I need to give to those questions to know where I stand?”.

Some signs that this dilemma will not go away by itself:

You take a sip of your coffee and you realize this is one of those mornings when you don’t see the silver lining and you dream of moving to the countryside and harvesting some crops.

Ok, breathe and think of the good parts. 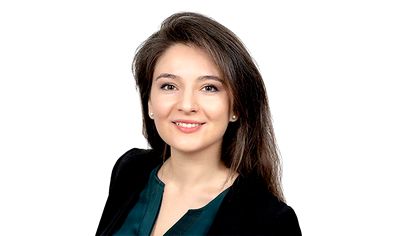 The turmoil of going through all these thoughts will make you want to shove them back to where they came from. Don’t. These conversation with yourself doesn’t come up every day, seize it.

If you happen to find yourself stuck in the above situation, or in a slightly similar one (as this is for sure purely hypothetical), this is how the process of getting through that crossroad starts. With these thoughts. And here’s the first part of what you need to do: sit down, take a pen & paper (or smartpen & tablet), and think of the good & bad stuff about your job, team, boss, organization & industry. Even country – don’t overdo it here, you can fill in pages, wherever you might be living.

Piece of advice: you might be tempted to list only the bad stuff. Dig deeper, there are some good stuff, too. Quite a few, actually, they just get lost along the way, while life strikes.

Another piece of advice: it doesn’t have to be a one-shot process, it will take some time – don’t make it a year, though. Keep that paper/ document close and write whenever you have ideas popping into your head.

Another piece of advice 2.1: Have some discussions with the people around you – with those you trust, you can open up about the process, with others you can “fish” for opinions without telling them where is this coming from. But try to keep it diverse – colleagues, friends & family, and get as many points of view, different from yours, as possible.

Third piece of advice (this is the Peter Pan stage of the process): give yourself some space to think of what you would like to do. Yes, allow yourself to dream. Throw in the stuff you would clearly like to avoid in your next adventure, too.

Lastly, you should know, from where you’re standing now, change is inevitable. It will be either inside the organization, once again, but hopefully different. Or you will step out to face the big unknown. Either way, that should come at a point where you’ve thought a bit about it, more than just for a traffic light on the way home.

So what happens next? Start your own process and, as Dr. Dre says, stay tuned for the next episode.

What Retail Leaders Should Keep In Mind When Navigating the Pandemic Winds of...

Why should you seek an international assignment?