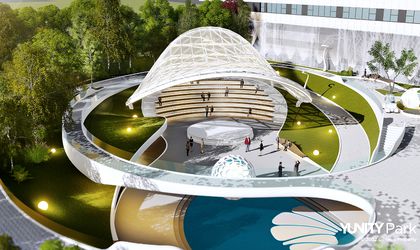 Reconnecting with the team and company values after the challenges faced in the last two and a half years is high on employees’ priorities list, and the office remains central to the decision to leave work from home.

Other elements considered attractive by employees to strengthen the connection with the team are flexible working hours (48.6% of employees) and the possibility to choose the preferred way of working (27.9%). At the same time, in terms of the advantages of returning to the office, belonging to a community is considered the most important benefit by more than 35% of respondents.

“After two and a half years of challenges, people need to reconnect with the teams they are part of and the communities created around their offices. Employees want to make up more for time spent at home and get more involved in social life, participating in shared activities with others they feel close to. In this context, workspaces of the future need to evolve and become real platforms to support these complex interactions between people”, said Marcela Stancu, Communities Manager, Genesis Property. 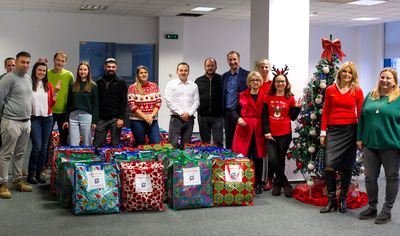 Read more about
Genesis Property contributes to society and donates over EUR 70,000 in December
read more

The need for evolution of workspaces is highlighted by the fact that outdated office options and facilities are the biggest problem for more than 39% of employees, along with lack of career options and training (39.8%), company culture and values (19.6%) and teamwork style (21.3%).

Respondents also point out that the existence of spaces dedicated to interaction and socialization within office spaces (48.8% of respondents) could contribute greatly to increasing the cohesion of teams in a company, as well as participation in cultural, artistic or sporting activities with colleagues (38.4%).

Evolving workspaces and meeting people’s need to be in a community is part of the Genesis Property strategy. This is also manifested in the process of transforming Novo Park into YUNITY Park, started in April, which aims to create a platform to support an ecosystem of communities, ComYunity. The YUNITY concept is built on activating communities where members’ relevant experiences create an environment where a balance between personal and professional life is restored. YUNITY Park will have areas dedicated to social interaction, an amphitheater and an urban forest, all being elements of a comprehensive concept for the needs of people in the future, not just the present.

The Genesis Property survey regarding the future office lifestyle was conducted nationwide in October 2022 via the iVox platform on a total sample of 1,031 internet users in Romania. Around 58% of participants are male, almost 72% are aged between 20 and 45, and over 42% have a net income of more than 4,000 lei.

Genesis Property completes the largest renewable energy project in an office park in...