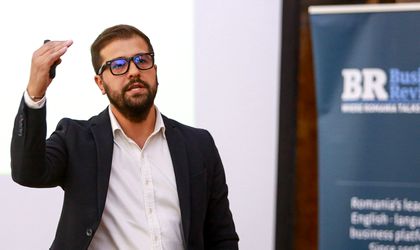 During Business Review’s Working Romania event, Mihai Gavan, HCM Global Sales Director at TotalSoft, made an exclusive announcement about the solution his company found to make communication easier between employees and their companies’ HR departments – the EVA chatbot.

“It all started with a question: how could we use technology to offer easily accessible HR services to employees in the organisations we represent?” Mihai asked.

He then went on to describe how communication has evolved over the past decades and how texting has become the most popular way of communication, whether it’s through SMS or through chat apps like WhatsApp, Facebook Messenger or others.

“When mobile phones were invented, people starting communicating through texts. Text is the single most used feature on a smartphone, with 97 percent of all smartphone users having texted within the last week. On mobile devices – which take up the majority of web traffic – people text more than they use the internet. 145 billion SMS & in-app text messages are sent worldwide every day,” Mihai explained.

And people don’t just use texts to communicate with their friends and family – they also approach businesses and companies in the same way, for questions or complaints. 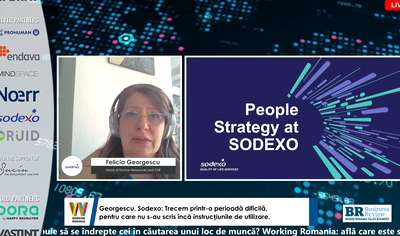 Only 20 pct of people answer calls they aren’t expecting, while texts are read within 5 seconds on average.

Mihai presented the answer TotalSoft found to the original question of how employees and HR department could have a better interaction: a chatbot named EVA.

“EVA represents the organisation’s HR department and, most importantly, she is available 24/7. Everyone’s been talking about this Y generation, the young people who want immediate feedback on absolutely everything. EVA becomes a personal assistant for each and every employee, meeting their needs right away, saving them a lot of time.”

Mihai added that using Facebook means that the chatbot could be used by a very large share of any company’s employees, at all levels, and that EVA would soon also be implemented on other chat apps, such as WhatsApp. And soon, TotalSoft will also make the software available for other HR platforms, so that more companies would be able to use EVA.