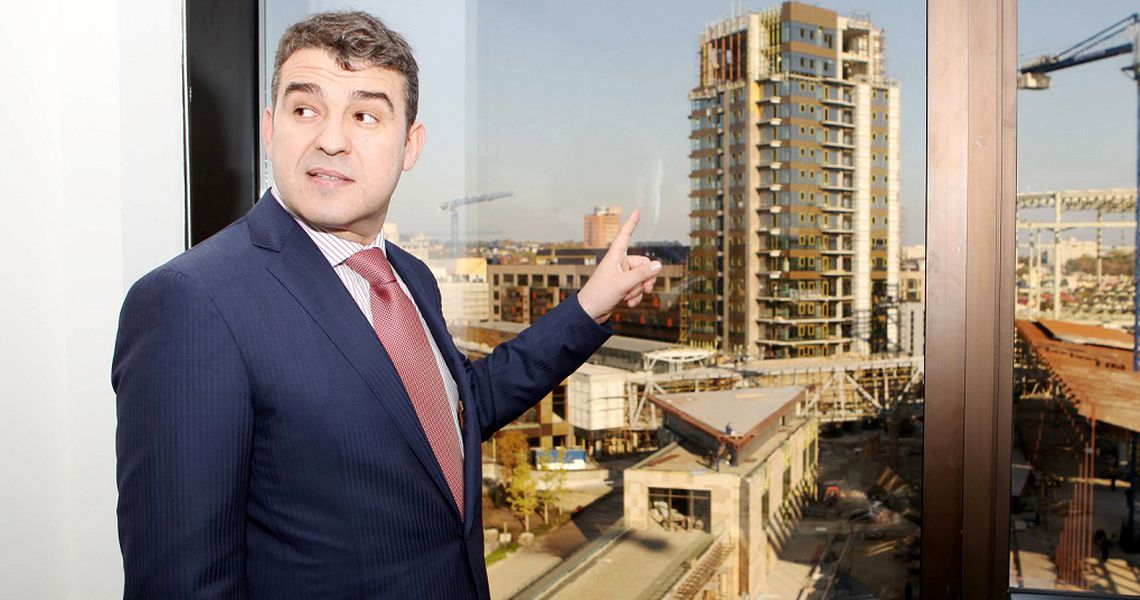 One of the most ambitious Romanian real estate developers is ready to reshape Bucharest in 2019, after building a national retail center network.

Iulian Dascalu is the biggest Romanian retail center developer. The Iasi-based entrepreneur made a big decision in 2017 when he sold half of his shares in the Iulius malls in Timisoara, Cluj-Napoca, Iasi and Suceava and the adjacent office buildings to the South African company Atterbury Europe for around EUR 200 million, according to estimates by Cushman&Wakefield Echinox.

This new capital was put into an investment fund created with the South African company in order to invest in Openville, an integrated real estate project in Timisoara, and the development of the international Iulius Mall brand.

Iulius Mall Timisoara will undergo expansion work for an additional 60,000 sqm of retail premises, thus adding up to a gross leasable area of 131,000 sqm, which will turn it into the biggest mall in Romania. On this segment, Openville will include 430 stores, restaurants and themed cafés, multiplex cinema, a fresh market area, the largest playground for children and other leisure opportunities.

In addition to this, the citizens of Timisoara will also be able to enjoy the largest suspended park in Romania spanning on over 55,000 sqm of green spaces, as well as 4,050 underground and multilevel parking spaces. The project will cover a total of 594,000 sqm and Iulius Mall Timisoara will be integrated in it. The tallest building in Romania, 155 meters high, will be built in the project, along with a 55,000 sqm park.

Iulius Group owns a national retail network of four shopping malls under the Iulius brand in Iasi, Timisoara, Cluj-Napoca and Suceava and the urbanistic residential project Palas Iasi. The group has also developed 147,000 sqm of A class office buildings nationwide, with another 52,000 sqm under construction. Iulius Holding, the company that subsumes all the firms that manages and develops the real estate projects of Iulian Dascalu, recorded an income of RON 833 million in 2017, 330 times larger than the figure published in 2016. Probably the huge figure is the result of the relationship with south african investment fund Atterbury, who bought last year half of Iulius real estate network of projects in Iasi, Suceava, Cluj-Napoca and Timisoara.