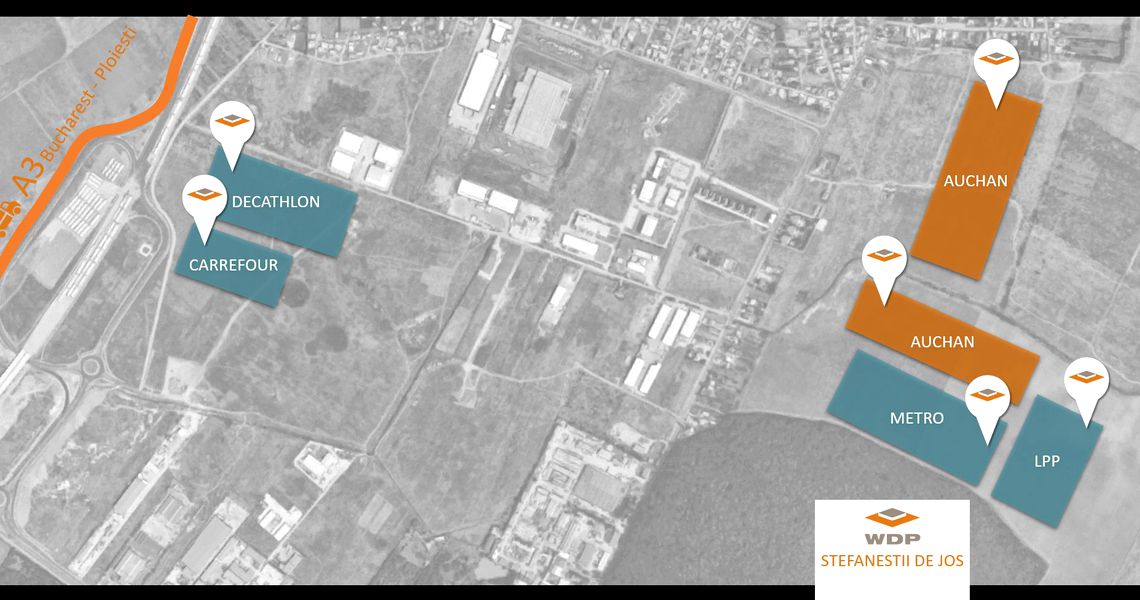 The Belgian group WDP has signed an agreement with the French retailer Auchan for the development and lease of 77,000 sqm of logistics warehouse space at its existing site at Bucharest, according to the logistics group.

The investment budget amounts close to EUR 45 million. This new development emphasizes WDP’s strategy of creating long-term relationships and cross-border partnerships, according to the Belgian group.

“This transaction emphasizes WDP’s strategy of creating long-term relationships with its clients, throughout its different core regions,” says Jeroen Biermans, general manager of WDP in Romania.

After a first collaboration between WDP and the French international retail group Auchan in Luxembourg, WDP will develop a new logistics warehouse site for this retailer at WDP’s existing location at Bucharest – Stefanestii de Jos.

The new buildings with a surface of around 77,000 sqm will partially consist of a temperature controlled area and will be leased by Auchan for a period of seven years.

Delivery of this new development is scheduled during the first quarter of 2020.