New passenger car and light commercial vehicle sales growth of only 0.7% expected in Romania in 2021 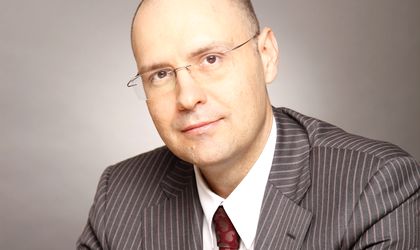 Romania could record an increase of only 0.7% in sales of new passenger cars and light commercial vehicles (LCVs) this year, with 142,000 units sold, according to Autofacts report made by the PwC network at European level, based on IHS Markit data, but sales in the medium term could surpass the 2019 record.

“The semiconductor shortage crisis has severely affected the entire automotive industry, as is reflected in the lack of stocks and extended delivery times of up to one year from the order date. After several months of growth promising a good 2021 for the auto market, also driven by the Rabla programme, registrations fell by almost 18% in September, then by over 23% in October. So, in the best-case scenario, the end of the year will end with a small improvement compared to the 2020 level”, said Daniel Anghel, Partner, Leader for automotive industry, PwC Romania.

The Autofacts report estimates that Poland will end 2021 with a 6.5% increase in new car sales, followed by the Czech Republic with 5.9% and Hungary with 1.06%. The only market that will decrease is Slovakia, by 2.4%.

Overall, the sales outlook for 2021 for the five states will be mainly determined by the availability of cars and how the pandemic is evolving. The PwC Autofacts analysis indicates an increase of 5% on 2020 sales, with 1.1 million cars sold this year.

Production development in Romania and predictions

After Romania’s auto production volume declined by 11% in 2020, this year’s volume is forecast to increase by approximately 5% to 461,000 units this year. The major growth drivers are expected to be Dacia’s Duster (+22,000 units, 12% yoy) and Ford’s Puma (+20,000 units, 15% yoy), according to Autofacts and IHS estimates. Performance will however depend on securing sufficient semiconductors in the coming months.

Romania ranks third in Central Europe in terms of car production this year, behind the Czech Republic and Slovakia, followed by Poland and Hungary.

Estimates for 2028 show a 30% increase to 602,000 units in car production in Romania from current levels. A similar improvement is expected in the Czech Republic and Hungary. The highest growth, of 47%, is expected in Poland, and the lowest, of 10%, is predicted in Slovakia.

For electric and hybrid vehicle production in Central Europe, IHS Markit estimates that 53% of Hungary’s car production will be BEV by 2028, followed by Czech Republic, with 45%, and Slovakia with 27%. In Romania, the focus will be on FHEV (full hybrid) cars and will be driven by Dacia.

For the first three quarters of 2021, confirmed production loss throughout Europe reached 1.9 million units, of which the Czech Republic, Poland, Slovakia, Romania and Hungary accounted for roughly 16% (309,000 units).