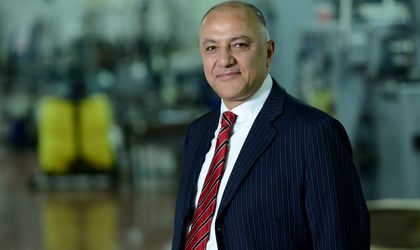 Alexandrion Group has announced that it has completed the transaction with the English group Halewood International Holding PLC for the acquisition of six new companies in Romania’s wine production sector.

As a result of the transaction, Alexandrion Group becomes one of the strongest and most competitive players on the Romanian wine and spirits market.

Halewood Group, present in Romania since 1987, has developed a high quality portfolio of award-winning wines, including the sparkling Rhein, an official drink of the Royal House.

By acquiring the six new companies, Alexandrion Group welcomes 200 new employees, as it takes over one of the top 10 players in Romanian wine production and the second biggest wine exporter. Halewood owns over 200 hectares of grapevine and makes about 5 million liters of wine per year. Along with the wine business acquisition, Alexandrion Group has also taken over the Rhein Hotel in Azuga, as well as the Urlateanu Manor.

“Alexandrion Group has officially become one of the largest players of Romanian industry, with a premium portfolio of products and services of the highest quality, which it can use to proudly access any interntional market. Over time, we’ve implemented a bold strategy that is based on sustainable investments for Romania and for Romanian consumers. As we’ve said before, we’re a company with tradition, extremely careful and selective with the brands we add to our portfolio. We have faith in the quality proven by Halewood over time and we are delighted to offer our consumers a selection of award-winning wines,” said Nawaf Salameh, Chairman of Alexandrion Group.