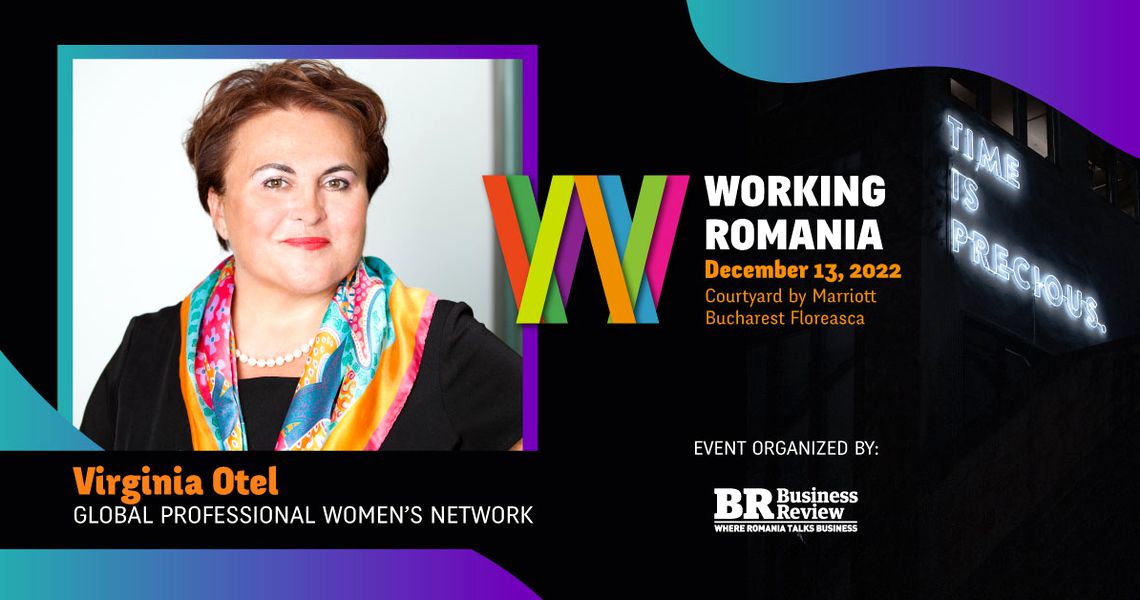 Virginia Otel, Co-President, Global Professional Women’s Network, will join Business Review’s Working Romania HR Conference. She will feature in the second panel of the day, dedicated to Gender Equality, Diversity & Inclusion, and adopting the ESG principles in HR. Join her, and an entire roster of great speakers, in person, on December 13 at the Courtyard by Marriott Bucharest Floreasca!

Virginia Oțel is a senior executive with more than 25 years of experience in the financial sector in Romania, with expertise in general management, business development, marketing, corporate communication, human resource management. She has served in management boards and board of directors of financial institutions she worked for. She has participated in many national and international conferences and seminars as speaker and panelist.

Ms. Otel graduated with a Bachelor’s degree in Economic Cybernetics from ASE and earned a Master’s in Management & Public Administration from the University of Liverpool in 1993. She became an Alumna of the Salzburg Seminar in American Studies in 1994. She also holds an Executive MBA from the Romanian-American Postgraduate School of Business –Asebuss in cooperation with the University of Washington, USA, obtained in 1999. In 2013, she attended the Aspen Seminar for Leaders and became a Fellow of Aspen Institute Romania.

Virginia Otel has been actively contributing to the community development as a volunteer for several NGOs. She has been serving as a Board member of the Foundation for the Development of Civil Society (FDSC) for almost 20 years. She became a member of the Romanian Business Leaders Foundation in 2013, being involved in the “Antreprenoria” project, dedicated to business education and mentoring of young entrepreneurs. Virginia joined PWN Romania from the establishment of the association at the end of 2011, being initially involved in the “Mentorship” and “Women on Boards” programs.  She was elected Vice President “Women on Boards” of PWN Romania in April 2014 and President of PWN Romania in April 2016. In June 2021, Virginia was elected Co-President of PWN Global, a not-for-profit organization dedicated to accelerating gender-balanced leadership.