Marius Budai, the Romanian Minister of Labor and Social Protection, returns to the #futureofwork 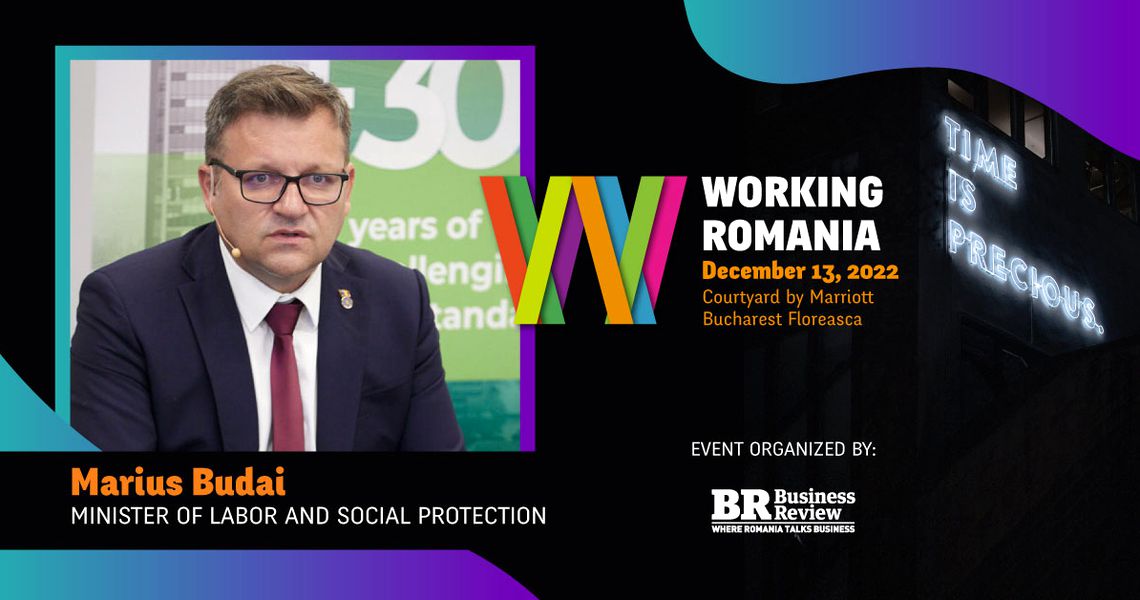 Marius Budai, the Romanian Minister of Labor and Social Protection, returns as a speaker at BR’s Working Romania HR Conference, after also being present at the Spring 2022 edition! Make sure to join up with him and an entire roster of great speakers on December 13, on-site, at the Courtyard by Marriott Bucharest Floreasca.

“The labour market is a very important sector, but it’s also very complicated. Romania has transitioned from having a very large and well-prepared workforce and a high unemployment rate to having low unemployment but a significant workforce shortage, so while development is happening, there’s a negative side to it as well,” Budai said.

Romania is also experiencing difficulties due to a three-pronged crisis made up of security, economic, and health challenges all happening at once. But even though countries around the world¬—and Eastern European ones in particular—are dealing with a security threat the likes of which they haven’t faced since the end of World War II, the situation might also bring economic opportunities that our country could capitalise on.

One such opportunity could come from the potential relocation of manufacturing capacity from the conflict zone. “In March, German wire producer Leoni AG—which operates in several counties in Romania—came to the Labour and Social Protection Ministry to ask for our support in their endeavour to hire Ukrainians who were fleeing the war. In addition, company representatives and a parliamentary group will visit the Republic of Moldova to begin discussions around the potential relocation of several production plants,” Budai noted.