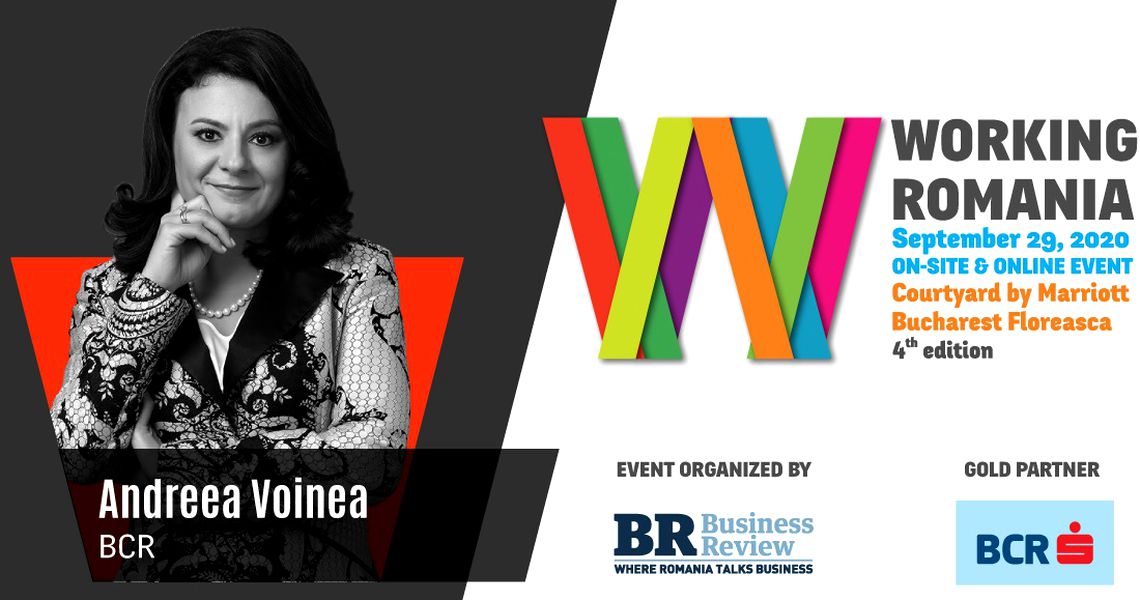 How does the #futureofwork looks like in the banking sector? Let’s find out directly from Andreea Voinea, HR Executive Director at BCR, one of the speakers of Working Romania‘s All Star Panel | Employer Branding: keys to success | Moving Forward, Together!

“Right now, we’re talking a lot about a return to the office, a return to normality.” Andreea started her intervention. “What I am personally experiencing, together with my team, is a permanent and very rapid adaptation to change. I believe change has become the new normality.”

Voinea also talked about how the pandemic context found BCR in a full process of digitalization, which helped the organization during these times.

“All the actions we took had engagement as their final goal. And I would group these actions in three main categories: health and safety initiatives, communication initiatives, and rethinking our entire HR processes to be able to offer a remote format and adapt to the current context.” Andreea Voinea explained.

The BCR HR Executive Director said that around 75 to 80 percent of the bank’s employees are currently working remote. “Our colleagues health and safety was our number one priority,” she adds. Voinea continued to explain how wellbeing and corporate health played a major role at BCR in the past 6 months.

“We started an internal coaching program, through which a team of volunteers, we have colleagues who are licensed psychologists, offered their time to talk with our employees. This program began in April and we had around 80 persons who entered it and requests are growing.”

Recruiting at BCR was also done 100% remote, Andreea Voinea confirms: “We recruited around 350 new colleagues, all of them trough remote processes.”

“The past 6 months created many challenges, but also opportunities. With the lessons we learned in these months, we are building the future. A future which will bring us smartwork, and when I’m talking about smartwork, I’m not only talking about work-from-home. I’m talking about culture, technology and processes. The upskilling and multiskilling areas will become very important, because we need to prepare people to face the new context. Jobs with less added value will be standardized and automated, only jobs which bring a high added value will remain. The boldness to give our people a free hand in terms of creativity is probably the most important lesson of this period.” Andreea Voinea concluded.