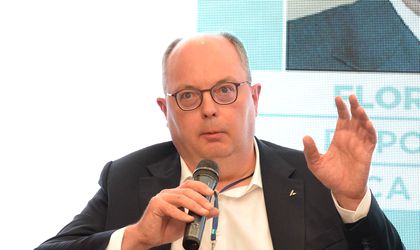 Romanian hotel market is not liquid as it is really difficult to find a project for EUR 10-15 million, but it offers double-digit earnings, Frank Reul, Area General Manager for Romania, Bulgaria and Macedonia at AccorHotels, said at the Foreign Investors Summit.

“Hotels have changed a lot in the last five years. Today, if we develop a hotel it must be a place to be, for people to live by and get together in. There are 5 hotels under development and I think that when they will open will show the difference. It is a goal to create a destination, not only a hotel,” Reul pointed out.

He considers that Romania is a great place to live and the market is developing at fast pace.

“Talking about hotel investment in Romania, I must say we are not a real estate investor, we are developers. The domestic market is a very wide, with projects in different industries. About 40 percent of our investments are with foreign investors,” Frank Reul said.

According to AccorHotels’ manager, the local business is very good and new owners are pushing developers to find new projects.

However, the Romanian hotel market is not liquid.

“The hotel market is not a liquid market, it is really difficult to find a project for EUR 10 or 15 million, we have investors coming in but there is nothing for them to buy or to invest,” he said.

“In Bucharest, we have half of the investment, but it is the same, not a liquid market. We had here two projects were the investors managed to exit before completion. The profit is double digit, I don’t know any investors or business that made less than double digit in profit,” Reul argued.

According to the manager, the demographics problem is worse in some other countries than in Romania.

“Problems are found anywhere, even the infrastructure ones. And if you think about the skills that one can find here and all the good things, you have no reason to think less of yourself compared to others,” he said.

Frank Reul said that the tourism industry didn’t declined during the 2007 – 2009 crisis and he is not particularly concerned about a potential coming crisis.