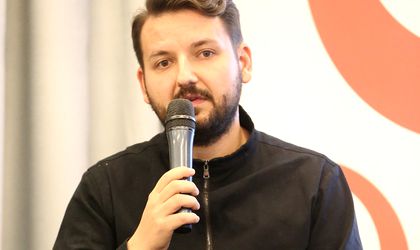 Music festivals have become a huge attraction for people all over Romania and they also bring in lots of people from other countries who all contribute greatly to the local economy, according to Edy Chereji, Head of Marketing & Communication for the Untold and Neversea festivals, who was a speaker at BR’s Rising Cities. Smart Future 2019 event.

He explained that the Untold festival in Cluj-Napoca and Neversea in Constanta are major contributors to the local budget and promote the cities to a large number of people who otherwise might have never visited.

“In Cluj, we started from the idea of a festival that takes place in the middle of a city, as there are good spaces available there – the Polyvalent Hall and the Central Park. In Constanta, we looked at the infrastructure and the benefits of that community – the first thought was to replicate Cluj somehow, that’s how authorities initially wanted it, but we looked at how we could highlight the things that the community offered, and the beach was its best asset.”

Chereji said that the local communities and businesses in Cluj and Constanta benefit greatly from the festivals and that they are eager to welcome participants and crew members every year by providing accommodation and other types of special services during these periods.

“When we organise these festivals, we of course need accommodation for all the participants – there are about 100,000 people who come to Cluj for the festival – not just attendees, but also security, retailers, and so on. We need about 7-8,000 people in the crew, and the hotels in Cluj don’t have enough capacity to cover this demand, so the community gets involved and provides accommodation spaces. There’s even a platform that has been created for this, called Untoldist. 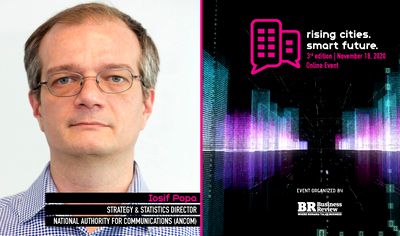 It’s like a circuit – we put the infrastructure to good use, then people come and make a huge contribution to the community: the average amount spent by each of the 100,000 people is EUR 400, and this money goes to the local community.

During these festivals, malls record sales levels that are similar to December weekends, around the holidays, which is extremely valuable. Cluj gets over EUR 40 million in revenues from Untold, thorugh taxes and spending. The same model can be replicated at Neversea, which isn’t as big as Untold yet, but it’s constantly growing and brings millions of euros to the community.”

He added that the biggest group of non-residents who come to Untold festival are those from Bucharest, who also see the trip as a city break.

“There are people coming from all over Romania to attend Untold, so we expect it to grow even more in the following years. Right now, about 15 percent of the attendees are coming from abroad and we’d like this number to grow as well. In the next three years, we’re planning to develop a project that we could take abroad, most likely Neversea – we don’t yet know what this will look like, it may be a franchise or we could do it ourselves.”