The fountains in Unirii Square will reopen on Saturday, with an impressive multimedia show 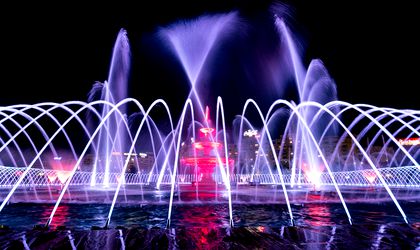 The Urban Fountains in Unirii Square, one of the most important attractions of Bucharest, whose rehabilitation was implemented due to Apa Nova’s investments, the water and sewerage service provider of the Capital, will reopen with the support of Bucharest City Hall on Saturday, May 14 2022, with an impressive multimedia show, after more than two years of pause caused by the extended pandemic crisis.

Thus, starting with May 14, 2022, at 21:00, from Friday to Sunday, the Urban Fountains in Unirii Square will offer visitors multimedia shows, until the beginning of October. The shows present a variety of themes, and the selected songs complement the magic created by the play of water and light. In June and July, the shows will start at 21:30, in August they will return at 21:00, and in the autumn they will start at 20:00.

“The fountains in Unirii Square are a true symbol of the Capital, and for us it is an honor to be able to offer the people of Bucharest and tourists the joy brought by the water, music and light shows, after a two-year break. We are proud to have implemented and managed this remarkable urban development project, reconfirming the standard of excellence to which we refer every day “, said Mădălin Mihailovici, General Manager of Apa Nova. 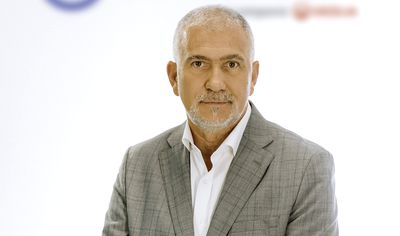 The Bucharest fountains in Unirii Square were reopened in 2018, after an extensive rehabilitation process implemented by Apa Nova, based on the obligations assumed by the Concession Agreement with the City Hall, quickly becoming one of the most important points of attraction of the Capital.

These are the first urban fountains to benefit from state-of-the-art equipment and technology at European standards in terms of water entertainment, some elements being unique in Europe, the fully digital monitored system now allowing control of any individual unit of the 44 independent fountains on a total length of almost 1.4 kilometers along Unirii Boulevard.

The fountains in Unirii Square, built in the late ’80s, were recognized, approved and awarded in 2019 as the Longest Row of Synchronized Choreographic Fountains in the World, by the World Record Academy, with a water surface of 16,200 m² , the fountains being also unique by their arrangement in the center of the Capital.

Between May 14, 2022 – October 2, 2022, during 19:30 and 23:00 on Fridays, Saturdays and Sundays, road traffic will be restricted on Unirii Blvd., the segment between Dimitrie Cantemir Blvd. and Splaiul Independenței ( fountain area), under the protection of law enforcement agencies, with traffic diversion on adjacent arteries.

Mădălin Mihailovici, GM Apa Nova Bucharest: Our mission is to constantly improve the...