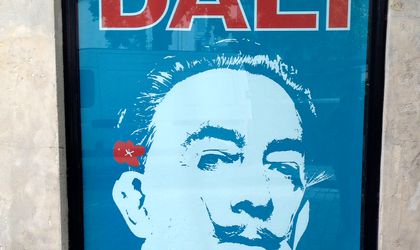 Brukenthal National Museum announces the opening of a Salvador Dali exhibition for the first time in the city of Sibiu, which will be held between July 15 to September 15.

The exhibition presents 100 pieces, wood-cut engravings, colored, from the edition of Joseph Fôret, Paris 1960, structured in accordance with the three narrative patterns: Inferno, Purgatory and Paradise. The pieces (first print) are only originals according to the list of works of Löpsiger/Michler Bd. II, Prestel-Munich-New York, 1995.

The exhibition will be opened at the first floor of Brukenthal Palace (having a distinct visitation circuit from the rest of the permanent exhibition).

The young Dali attended the San Fernando Academy of Fine Arts in Madrid. Early recognition of Dali’s talent came with his first one-man show in Barcelona in 1925. He became internationally known when three of his paintings, including The Basket of Bread (now in the Museum’s collection), were shown in the third annual Carnegie International Exhibition in Pittsburgh in 1928, writes the official website of the famous painter. The following year, Dali held his first one-man show in Paris. He also joined the surrealists, led by former Dadaist Andre Breton. Dali soon became a leader of the Surrealist Movement.