Rock the City festival switches back to Piata Constitutiei venue 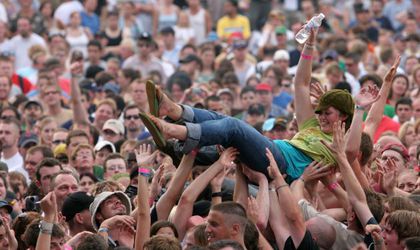 After previous concerts in Romania in 1997 and 2008, David Coverdale and his colleagues in Whitesnake will be back in Bucharest on July 3, in Romexpo. On March 25, the band have launched their 11th album in Europe, Forevermore, which is to be promoted through a world tour, including Romania.

Judas Priest have also included Romania in their Epitaph World Tour, bound as the last tour of their career. Prodigy are returning to Romania for the fourth time and the likes of “Breathe”, “Voodoo People”, “Firestarter” and “Smack My Bitch Up” are bound to echo in Piata Constutiei at the festival.

The ticket prices for the festival are as follows: RON 155 for a day in the Normal Circle section and RON 230 for a full pass, and RON 185 in the Golden Circle for a day pass, will full day access will cost RON 280. Rock the City is organized by D&D East Entertainment. Tickets are available in the Eventim network, Germanos and Vodafone stores, Carturesti and Humanitas bookstores or online from the site www.eventim.ro.