Chekhovaa‚¬a„¢s The Cherry Orchard, broadcast live from London to Bucharest 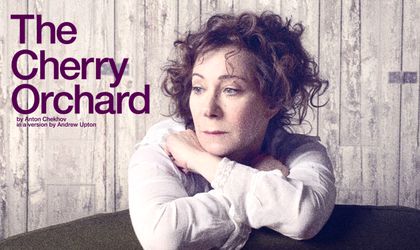 The Light Cinema continues to broadcast live operatic performances from New York’s Metropolitan Opera and London’s National Theater, with the latest offering being Andrew Upton’s version of The Cherry Orchard by Anton Chekhov. The HD transmission will take place on June 30 at the Light Cinema in Bucharest, at Liberty Center.

Set at the start of the twentieth century, The Cherry Orchard captures a pivotal moment in Russia’s history as the country rolls inexorably towards 1917. This new version of Chekhov’s last play follows Upton’s acclaimed adaptations of Philistines and The White Guard.

His version of The Cherry Orchard won over critics and audiences throughout the world. The Financial Times wrote that “there’s a hard edge to this revival of Chekhov’s masterpiece that is surprising, refreshing, even startling” and that the play conveys a “picture of living, breathing people caught up in something far bigger than themselves.” The Independent highlighted Zoë Wanamaker’s performance, who it says “is magnificent as Ranyevskaya, suggesting to an unprecedented extent the acuteness of this woman’s emotional intelligence on the subject of why she is still prepared to choose romantic love over financial prudence.”