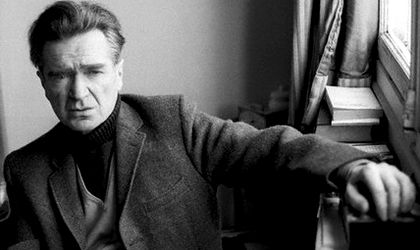 A new auction will now be organized in France for other manuscripts by Cioran, a Romanian-born philosopher and essayist who spent his career in France. The academy aims to hold a public auction, to bring the manuscripts to Romania. The starting price for the items due to go under the hammer at the new auction in Paris is EUR 1.3 million.

This lot of manuscripts were found by housekeeper Simon Baulez, who was hired in 1998 to clean and empty Cioran’s apartment, on Odéon Street, Paris. Her contract stipulated that she could take anything she found there. Baulez claimed she found 35 manuscripts by Cioran, including writings and a personal diary.

However, the French court declared the cleaning lady the rightful owner of the manuscripts, as she had saved them from destruction.

The manuscripts that the maid found include five successive versions of De l’inconvénient d’être né (The Trouble With Being Born), notebooks with preparatory notes for Ecartelement (Drawn and Quartered) and for Aveux et anathèmes (Confessions and Anathemas), as well as 18 unpublished notebooks which contained pieces of his journal which he wrote between 1972 and 1980.

Scholar Florin Filip, general manager of the Romanian Academy’s Library, has promised that in three months, at most, there will be an online version of these manuscripts at www.biblacad.ro. Fellow academic Eugen Simion has also proposed the publishing of a facsimile edition of the texts, as happened with Eminescu’s manuscripts.