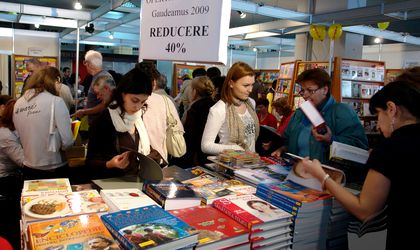 The 17th edition of Gaudeamus – Educational Book will set the trend for future editions by installing a new tradition: each time, a new country will be the guest of honor at the fair, thus marking the excellent cultural relations that the chosen country has with Romania. This year, this will be the case of Belgium, Wallonia – Brussels.

Honorary president of the Gaudeamus 2010 fair will be Jacques Dubois, professor at the University of Liege, internationally known as a connoisseur in the literary works of Georges Simenon. A noteworthy presence will be marked by France, Italy, Greece, as well as the national minorities. Among these, Norman Manea (of Romanian origin, established in the US), Catherine Cusset, Marie Darrieussecq (France), as well as Sergio Romano, Bruno Mazzoni, Andrea G. Pinketts, Marco Polillo (Italy), along with representatives of the Belgian culture, Paul Emond, Didier Platteau, Emile Lansman, Bernard Debroux, Jean Auquier.

As in 2009, Gaudeamus represents the culminating point of a continental cultural project, The European Book Days, at which Bucharest was entered by Radio Romania, the 82-year-old Romanian radio station that initiated Gaudeamus.

Around 380 editorial and educational organizations will be present at Gaudeamus 2010. The book fair will take place between November 18 and 22, at Romexpo. Access to the event costs RON 4 per day, excepting students, professors or retired citizen who can enter free pf charge.